Today, at the biggest European film market in Cannes, the Slovenian Film Centre (in cooperation with the Slovenian Tourist Board, Ljubljana Tourism, and the AIPA Institute) successfully presented Slovenia as a filming location to the global film public. All the opportunities that the Slovenian film locations can provide to the film sector in combination with the 25-percent cash rebate measure were pointed out as well.

Nataša Bučar, the Director of the Slovenian Film Centre, stated in the introduction: "The cash rebate measure, adopted by the Republic Slovenia last year, has already yielded positive results, as the interest in filming in Slovenia has increased in comparison with the previous years. In the future we expect even greater demand and interest in shooting at the unique Slovenian locations and places."

In the words of Metka Pirc, the Head of Promotional Presentations at the Slovenian Tourist Board: "Slovenia with its geostrategic position, exclusiveness, and outstanding natural as well as cultural diversity within four regions clearly represents a great potential for international film crews. The four regions – the Mediterranean and Karst Slovenia, Thermal Pannonian Slovenia, Ljubljana and Central Slovenia, and Alpine Slovenia – offer a distinctive selection of accessible, unique, and inspiring filming destinations. Along with the greater visibility of destinations, ensured by the film industry, film tourism also reduces the dependency on seasonal factors, as shooting is possible in all four seasons. In such cases, the Slovenian geographic and climatic diversity will yet again prove to be one of the key advantages of this country."

Ljubljana, the Slovenian capital, is most famous for its lively colours and combination of urban and green areas, which prove to be extremely convincing on the screen – even to the eyes of the most demanding directors and viewers. Daša Kastelic from Ljubljana Tourism emphasised: "The capital of Ljubljana is a city with a green soul and a sustainable vision of development. It can offer everything one would expect from a modern metropolis, while maintaining the intimacy of a much smaller city. Apart from the green capital of Slovenia, the green trails around Central Slovenia lead to UNESCO World Heritage Sites as well as virgin forests."

Slovenia as a filming destination has many advantages, "the main one being that even the most distant film locations in Slovenia are not more than two hours from Ljubljana by car. It is also possible to shoot at various locations during the same day, as one can be surrounded by the rolling hills of Pomurje in the morning, while enjoying the sea or looking down from an Alpine summit in the afternoon. Slovenia boasts two climate zones as well: the continental and the coastal. This is extremely convenient for filming, especially during the winter," said Alan Vitezič from Nora production house.

The goal of this year's meeting of Slovenian and foreign producers in Cannes was especially to promote Slovenia as a film location; exchange the production experience gathered to date; and establish a platform for the establishment of connections and acquaintances between filmmakers, particularly producers. This is precisely the sort of event that the Slovenian Film Centre aims to organise in order to continuously encourage the long-term economic effects of international and coproduction cooperation in the field of film industry. 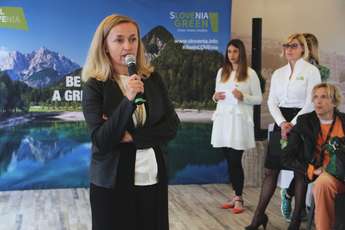 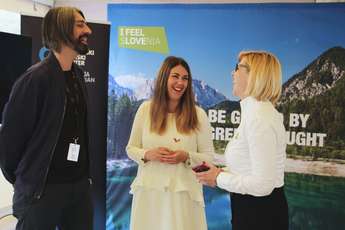 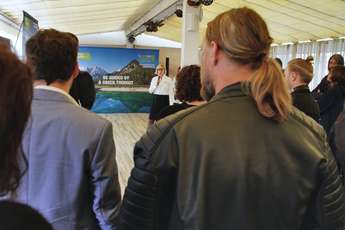 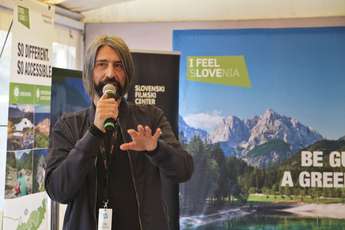