CANNES: The Slovenian Film Center announced the start of shooting of the first film to take advantage of the new cash rebate scheme, Intrigo - Death of An Author directed by Daniel Alfredson.

Filming in Slovenia began on 22 May 2017 and continues until 26 May, with the film trilogy returning to Slovenia to shoot the second and third parts in June and August. The crime drama, which has also filmed in Serbia, is a Swedish/US/German coproduction.

Nataša Bučar, Director of the Slovenian Film Centre, a public agency of the Republic of Slovenia, said at a presentation of the scheme, "Slovenia has a rich film history, but the cash rebate measure will contribute to its international recognisability even further. To date the focus has been on minority co-productions. However, in the future even more fascinating and fruitful international film collaborations will be made possible, as Slovenia is able to provide the international film producers with all the required professional support as well as with filmmakers who understand the art of film and film production."

The first call for films to take advantage of the cash rebate scheme was held in March. 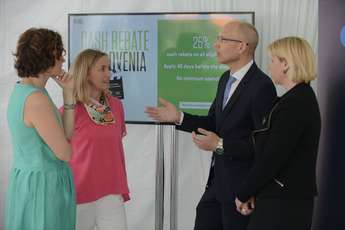