This year, the film festival in Cannes is celebrating its 70th anniversary.

This year, the film festival in Cannes is celebrating its 70th anniversary. As always, this year Slovenian films and filmmakers will attend it as well. The Slovenian Film Centre will present five Slovenian features at the film market (Market Screenings 2017). The series of films will start with Ivan by the director Janez Burger, produced by Staragara. It is to be screened on Friday, 19 May, at 14:00 in Hall E. Burger's new film is a contemporary story about the awakening of a true female personality in a world tailor-made for men. On Saturday, 20 May, at 15:30, Perseverance by the director Miha Knific will follow in Hall B. The film that meditates on the human phenomenon will present the viewers with a collage of various intimate life stories. This is precisely why the characters in the film do not share the place or time of events, do not know anything about each other's existence, and never will. What brings them together is their will to survive when life is hardest. Through this mosaic of fates the director presents the experience of human life in all its depth of emotions, its wealth of sensuality, memory, and ideas. The film was produced by Nukleus Film. Two films by the Perfo production house are scheduled next: The Basics of Killing by the director Jan Cvitkovič will be screened on Sunday, 21 May, at 14:00 in Hall E. It is a 21st-century family story, focusing on the highly-educated parents who lose their jobs as well as, gradually, their respect for each other. Incapable of addressing their life crisis, they start burdening their children with it increasingly. On Monday, 22 May at 17:30, the film Slovenia, Australia and Tomorrow the World by the director Marko Naberšnik and produced by the same producer will be presented in Hall B. The social drama with comical elements takes place in the today's Maribor. Some people address their problems by working, while others subscribe to a new religion: belief in the almighty power of the capital. This is an issue that involves practically everyone who has, at least for a short time, lived in the city by the river Drava. On Tuesday, 23 May at 15:30, the film The Miner by the directress Hanna A.W. Slak, produced by Nukleus Film, will be screened in Hall B. The film, based on true events, tells the story of a miner in the Zasavje region, who is ordered to open a mining tunnel that has been closed off. Behind the wall the miner discovers far more than an abandoned tunnel. Through the eyes of an immigrant, the film unveils the dark side of Slovenian history and seeks a solution for the complex conflicts between the people. With their presentation at the most important film market, all five films will be competing for the best international festival premiere.

Among twenty European producers "on the move" (Producer On The Move 2017), the producer Petra Vidmar will be presented this year. She has been a part of the Gustav Film production house's team ever since its establishment in the year 2000. Her opus as a producer includes the films Come Along by the director Igor Šterk (Slovenia, Croatia, 2016); Mother by the director Vlado Škafar (Slovenia, Italy, 2016); The High Sun by the director Dalibor Matanić (original title: Zvizdan), (Croatia, Slovenia, Serbia, 2015); and 9:06 by the director Igor Šterk (Slovenia, Germany, 2009). Petra Vidmar is currently developing a new feature project together with Matevž Luzar, screenwriter and director who has already gained international attention in 2012 with his debut Good to Go. With their new project, entitled Orchestra, Petra will also present herself in Cannes.

The Short Film Corner programme has taken place in Cannes ever since 2004. The programme is envisioned especially as a gathering of directors and producers from all around the world, so that they can discuss plans for their potential business cooperation in the future. The programme mostly focuses on films that have not been screened yet, even though certain films from the other sections are occasionally shown here as well. This year five short films, supported by the Slovenian Film Centre, will be presented. The short film Into the Blue, a Croatian-Slovenian co-production, was already presented in the competition programme for children and youth at this year's Berlinale. It was directed by the Croatian directress Antoneta Alamat Kusijanović. Niko, directed by Andrej Košak, tells the story of a young boy who has recently been released from a youth correctional facility. However, his teacher Dimitrij has second thoughts about the boy's future. Kolja Saksida will take part in the programme with his animated film Koyaa – Naughty Toy Car, a youth comedy about the protagonist Koyaa, who decides to tidy up his room on a rainy day. When Koyaa finishes his job, he looks around proudly, but happens to step on a wooden car. Standing on it, he soon starts circling the room uncontrollably, like a figure skater. The naughty toy car engages in all sorts of mischief in order to annoy Koyaa, and by no means does it want to go back where it belongs. Koyaa solves the problem with a creative idea, and the house is once again in order. The film Fear by the director Dejan Babosek calls upon the society and raises the awareness of the dangers of racism, fascism and xenophobia with a topical story. It focuses on a teenager who falls prey to the populist extreme right-wing propaganda and pays a very high price. He comes to his senses when it is far too late to change anything, and he will feel the consequences of his actions for the rest of his life. The student film Jogi and a Box, shot at the Academy of Theatre, Radio, Film and Television, will be presented in the Short Film Corner section. The diploma film by Aron Horvath was already screened at the previous Festival of Slovenian Film. In short we could describe is as great music, two guys and one box.

In 2017, Slovenian cinematography will be presented, for the eight time, in the International Village in the South-East European Pavilion, together with the film institutions and filmmakers from Bulgaria, Bosnia and Herzegovina, Cyprus, Montenegro, Croatia, Macedonia, Serbia, and Slovenia. The Slovenian part of the pavilion will function as the meeting point for all Slovenian filmmakers, coming to Cannes to present their already completed projects, seeking partners for their projects in development, and establishing all kinds of business contacts in the field of film.

A very special event is scheduled for Monday, 22 May at 11:00, when the Slovenian Film Centre, in cooperation with the Slovenian Tourist Board and the Ministry of Culture of the Republic of Slovenia, will present its cash rebate measure to the global film community at the biggest film market in Cannes. 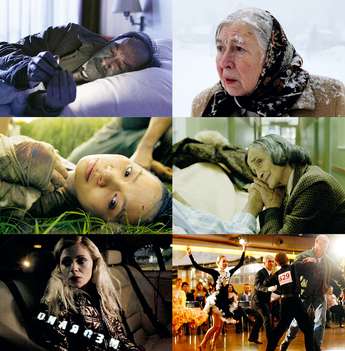 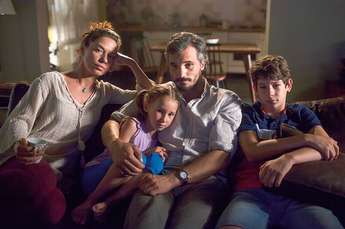 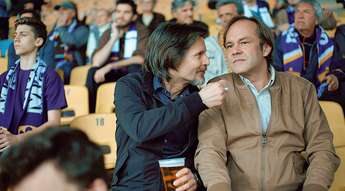 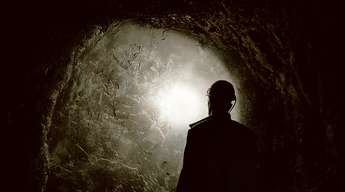