From 13 to 24 May the 68th International Film Festival will take place in Cannes. This year a Slovenian film qualified for the official festival programme.

The co‑production film The High Sun (Zvizdan), directed by the Croatian director Dalibor Matanić, will be shown in the Un certain regard section. The film was co‑produced by the Gustav film from Slovenia. Its director of photography is Marko Brdar, whom we have already familiarised ourselves with in the film Dad by the director Vlado Škafar, A Trip by the director Nejc Gazvoda, as well as the series about Tomaž Kajzer. Besides the director of photography Marko Brdar, Slovenia also contributed the sound designer Julij Zornik, makeup designers Mojca Gorogranc Petrushevska and Talija Ivančič, colourist Emil Svetlik, actor Nejc Cijan Garlatti, technical crew and technical equipment (Viba film, Gustav film, Mb Grip), as well as the final sound processing (Viba film, 100) and picture processing (Teleking) for the screening of the film in the DCP format, which has replaced the laboratory 35 mm copy of the film.

The film was co‑financed by the Slovenian Film Centre in the minority co‑production programme for the year 2013.

The film focuses on three different decades, two neighbouring villages burdened with historical heritage, and three love stories intertwined into a classic tale of forbidden love. The world premiere of the film will take place on Sunday, 17 May.

Besides this festival, the film market, where the Slovenian Film Centre is to represent Slovenia for the twelfth year in a row, will also be organised for the 56th year.

At this largest global film market the Slovenian Film Centre is showing two new films: Idyll, the first feature film by the director Tomaž Gorkič, produced by Blade Production; and Šiška Deluxe, the fourth feature by the director Jan Cvitkovič, produced by Perfo. The screenings at the Cannes market will ensure that the subsequent international festival premieres of both films are as successful as possible.

Idyll will be presented of Friday, 16 May, while Šiška Deluxe will be screened on Tuesday, 19 May.

This year the Slovenian Film Centre is presenting two genre films for the first time, as Idyll is a horror film and Šiška Deluxe is a comedy. After it took a break last year, the Grossman Fantastic Film and Wine Festival from Ljutomer will be presented again. This year it is celebrating its eleventh year. This time the already legendary party of the Grosman Festival on 15 May will be especially solemn, as a Slovenian horror film will be presented in Cannes for the first time.

The Short Film Corner is a professional short film platform where the authors have the opportunity to present their works to the widest global audience, interested in the world shorts and their makers. This year Slovenia will be presented by the following short films: Inhale by the director Blaž Završnik, produced by Sever&Sever production; Impromptu directed by Sonja Prosenc and produced by Monoo; and the film Sonny and the Last Room, which Hanna Szentepeteri shot in the United Kingdom.

After three years a Slovenian producer is once again joining the European Film Promotion project entitled "Producers on the Move" in Cannes. Miha Černec from the Staragara production house is the fifth Slovenian producer to meet colleagues and other important filmmakers in Cannes between 15 and 18 May, by joining the group of 20 promising and dynamic producers from the whole of Europe and presenting his work to date as well as his new project. Miha Černec became a "producer on the move" because the feature he had co‑produced entitled Zoran, My Nephew the Idiot has seen excellent response at important international film festivals and has been distributed in many countries. Since last year only twenty producers can qualify for this project. Since 2006 the Slovenian Film Centre, like the Film Fund before it, has been a member of the European Film Promotion, the only European film promotion organisation.

In 2015 Slovenian cinematography will be presented for the sixth time, in the International Village in the South-East European Pavilion, together with the film institutions and filmmakers from Bulgaria, Bosnia and Herzegovina, Cyprus, Montenegro, Croatia, Macedonia, Serbia and Slovenia. The Slovenian part of the pavilion will function as the meeting point for all Slovenian filmmakers, coming to Cannes to present their already completed projects, seeking partners for their projects in development, and establishing all kinds of business contacts in the field of film. The team of the Slovenian Film Centre will be present at the Market between 14 and 22 May.

A new professional initiative, the European Film Forum, will be organised at this year's festival in the context of the Creative Europe – MEDIA programme. The international conference on 18 May will be the central event, dedicated to the influence of digital technology on the film industry and its effects with regard to reaching new audiences. The event will be opened by the European Commissioner for Digital Economy and Society Günter Oettinger. In the European Pavilion, at the level of the MEDIA sub‑programme, Slovenia will be represented by Sabina Briški, representative of the Creative Europe Centre. 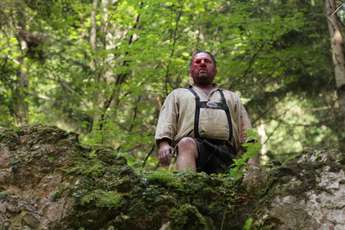 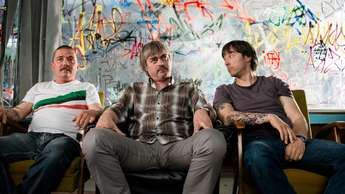