On 18 May the 90-minute restored classic by the director France Štiglic The Valley of Peace will be screened in the Buñuel Hall and we will also present four new Slovenian feature films at the Cannes Film Market.

"The Cannes Festival is a celebration of film arts, presenting new titles, genres and visual innovations of our time." Thierry Frémaux, Director of the Cannes Film Festival

Our old films in Cannes

For the first time in the history of the Cannes Festival, Slovenian films have qualified for the official festival programme Cannes Classics. After almost sixty years the restored classic by the director France Štiglic The Valley of Peace, which competed for the Golden Palm in 1957, is returning to Cannes. At that time John Kitzmiller, the star of the film, was the first black actor to receive the Best Actor Award at this festival.

On 18 May at 21:00 the 90-minute restored version of the Slovenian cult film will be screened in the Buñuel Hall. The screening in Cannes will be attended by Tugo Štiglic and Eveline Wohlfeiler, who were the child stars of the film. For them this will be a special occasion, as they never saw each other after the shooting of this film sixty years ago!

The story focuses on two war orphans who lose their parents during a bombing of a city: the ten-year-old Marko (Tugo Štiglic) and the German girl Lotti (Eveline Wohlfeiler), a few years younger than him. From the orphanage in the occupied city they run into the woods in order to find the valley of peace that Lotti's grandmother had told the girl about. Marko is convinced that they are looking for the valley where his uncle had his house and mill. Before they manage to run away, the intelligence service gives Marko an important message about the impending German offensive, which he is supposed to deliver to the Partisans. During their adventure in the woods the children come across the U.S. Sergeant Jim, who parachutes from his shot-down fighter plane. Together they find the house and the valley of peace, but they are intercepted by German soldiers who kill the American pilot. Meanwhile Lotti and Marko disappear into the woods by themselves, in search of the true valley of peace – a world without hatred and wars.

Our new films in Cannes

The Slovenian Film Centre will present four new Slovenian films at the Cannes Film Market. All of the screenings will take place in the main festival palace. The first one – Night Life directed by Damjan Kozole and produced by Vertigo – is scheduled for 14 May at 11:30 in Hall D. The story begins on the night when a dying lawyer is found by the road on the outskirts of Ljubljana. Nobody knows what happened. While they are fighting for the man's life in the hospital, his wife Lea struggles to preserve his dignity in the face of media frenzy. The film, starring Pia Zemljič, Jernej Šugman, Marko Mandić and Jana Zupančič, alludes to the infamous Slovenian Bullmastiff Scandal and explores human dignity in the society where many incidents are never cleared up.

The following day, on 15 May at 14:00, the youth thriller Come Along, directed by Igor Šterk and produced by A. A. C. Production, will be shown in Hall E. The story follows four thirteen-year-olds who head to remote hills in search of the best photo for a school competition. There the competition for awards turns into a struggle for survival. The warm but suspenseful and occasionally spine-chilling film focuses on what happens in the today's world when technology stops functioning and the "primal" human instincts come to light.

On 16 May at 13:30 the film debut A Comedy of Tears, produced by Arsmedia and directed by Marko Sosič, the renowned Slovenian writer living abroad, will be shown in Hall B. In this film Ivo Barišič portrays the role of the bitter old Albert, who is in the wheelchair and living alone in a large apartment, drowning in the lonely fragments of his obsessive recollections of the unsolved relations with his family, which he had become estranged from years before. Apart from the constant staring through the window his only contact with reality is Ida (Marjuta Slamič), an educated middle-aged woman who visits twice per week to clean Albert's apartment, cook for him and wash him. Ida puts up with the old man's rough and insulting behaviour calmly and with dignity, but one day Albert's maliciousness exceeds every limit.

With their presentation at the most important film market all three films are competing for the best international festival premiere.

This goal was already attained by Žiga Virc with his film Houston, We Have a Problem!, produced by Studio Virc, in April at the festival in Tribeca. In Cannes it is scheduled for 17 May at 15:30 in Hall D. The documentary fiction is toying with the facts and myths about the Yugoslav space programme, which President Tito supposedly sold to the United States of America at the unfinished development stage, thus "saving" Kennedy's reputation in the space race. Houston, We Have a Problem! is a new contribution to the deliberation on and discussion about conspiracy theories. With its screening in Cannes the film will look for the possibilities of being distributed in as many countries as possible.

Our shorts in Cannes

Three short Slovenian-Croatian co-productions without the support of the Slovenian Film Centre will be presented in the Short Film Corner programme. Among 2420 short films from 105 countries, A Well Spent Afternoon directed by Martin Turk and produced by Bela Film will be shown as well. The film tells a story about an unemployed father and his seven-year-old son who spend a carefree afternoon together. When they find a wallet full of money, the father teaches the son the right thing to do. The Croatian-Slovenian film Final Enforcement by the director Marko Šantić (produced by Jaka produkcija) is a story about the young policeman Peter, who stands up to the repressive system he represents and sides with an elderly married couple. Finally, Woodland Concertina, directed by Zefrey Throwell and Ivan Mesek, is a documentary depicting the consequences that the razor wire barrier erected at the Slovenian border had for people and animals. The film was created in the Croatian-Slovenian co-production with an American author.

Our artists in Cannes

In the Producers on the Move programme, presenting promising European producers at the proposal of the European Film Promotion organisation, Boštjan Ikovic will be presented in Cannes this year. After studying economy in Slovenia and Austria, Ikovic joined the Arsmedia production house and participated in the production of Shanghai Gypsy by Marko Naberšnik, Chefurs Raus! By Goran Vojnović, and Family Film by Olmo Omerzu. Currently he is producing the new project by Goran Vojnović Once There Were People, a Slovenian-Italian co-production.

Another representative of Slovenia, makeup designer Mojca Gorogranc Petruševska, will present herself in Cannes with her creative input to the film Sierranevada by the Romanian director Christi Puiu, which will be screened in the competition programme for the Golden Palm. Last year Mojca Gorogranc worked on the co-production film The High Sun by the Croatian director Dalibor Matanić, which received the jury award of the "Un Certain Regard" (A Certain Outlook) section. Earlier she was also in charge of the makeup design of both co-productions by the Macedonian directress Teona Mitevska (I'm from Titov Veles, 2007; and The Woman Who Brushed off Her Tears, 2012) which qualified for the Panorama section in Berlin; and she worked on a number of Slovenian features shot in the last five years: Bread and Milk, Good to Go, Feed Me With Your Words, Going Our Way 2, and Inferno.

In 2016 Slovenian cinematography will be presented for the seventh time, in the International Village in the South-East European Pavilion, together with the film institutions and filmmakers from Bulgaria, Bosnia and Herzegovina, Cyprus, Montenegro, Croatia, Macedonia, Serbia and Slovenia. The Slovenian part of the pavilion will function as the meeting point for all Slovenian filmmakers, coming to Cannes to present their already completed projects, seeking partners for their projects in development, and establishing all kinds of business contacts in the field of film. On Saturday, 14 May at 17:00, the Grossman Film and Wine Festival, which is to take place already for the twelfth time in July 2016, will be presented as well. This festival is a member of the European Fantastic Film Festivals Federation, which will also be presented in the pavilion besides the festival crew from Ljutomer. 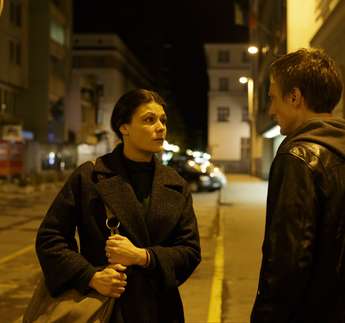 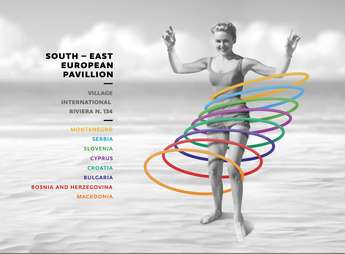 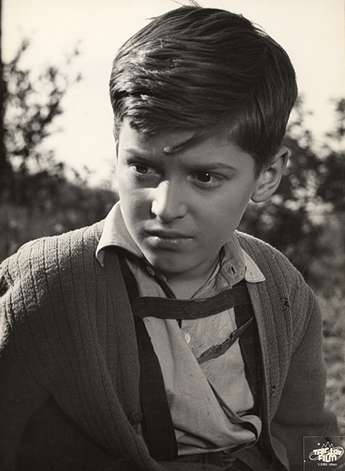 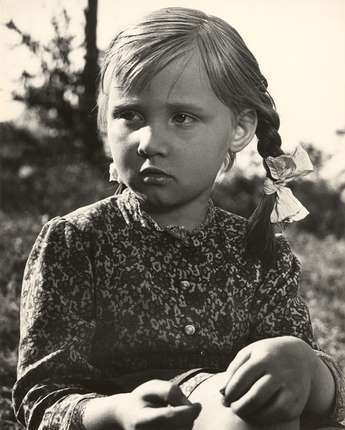