CANNES CLASSICS 2016: The Valley Of Peace by France Štiglic

For the first time ever, Cannes Classics has selected a Slovenian film to be included in its program - a newly-restored version of France Štiglic's THE VALLEY OF PEACE (DOLINA MIRU).

Selected for the official competition in 1957, the film was awarded Best Actor for John Kitzmiller

Kitzmiller (1913-1965) was a former captain in the US Army liberating Italy who started his acting career in Italian neorealist dramas (SENZA PIETA) after being discovered by Luigi Zampa playing poker in an officer's club. The first black actor to pick up an award in Cannes, Kitzmiller went on play many more roles, eventually starring as Quarrel in the iconic Bond film DR. NO (1962).

In THE VALLEY OF PEACE he plays the role of Sergeant Jim, whose fighter plane is shot down by the Germans. Trying to escape them, while partisans are looking to save him, he runs into 4-year old Lotti (Evelyne Wohlfeiler) and 9-year old Marko (Tugo Štiglic, the director's son - now a filmmaker himself) who have just lost their families in the air-raid. They are looking for a valley where they were told it's always peaceful, possibly the valley where Marko's uncle has a house.

Sergeant Jim takes the shell-shocked children under his wings, even if it means risking discovery by the Germans. The uncle's abandoned house is not the safe place they hoped it to be, as it becomes a battleground between the Germans and the partisans trying to save the sergeant, who urges the children to escape.

THE VALLEY OF PEACE was not the first time at the festival for director France Štiglic (1919-1993) whose previous work ON OUR OWN LAND - the first Slovenian sound feature - premiered in Cannes in 1949. His film THE NINTH CIRCLE was nominated for the 1961 Academy Award for Best Foreign Language Film at the 33rd Academy Awards.

In Cannes' 1957 competition line-up, THE VALLEY OF PEACE was up against such other future classics as Wyler's FRIENDLY PERSUASION starring Gary Cooper, Fellini's NIGHTS OF CABIRIA, winner of the Oscar for Best Foreign Language, Bresson's A MAN ESCAPED,Dassin's HE WHO MUST DIE and Bergman's THE SEVENTH SEAL.

Louis Chavet in Le figaro (1957): "A moving and sincere adventure."

Roger Regent in Le technique cinematographe (1957): "Any Yugoslav film is such a rarity that one should not miss a single shot. This one offers even more: it's truly excellent. [...] The symbols that leap up from this brief description are in reality much more discretely woven into this film by director France Štiglic, who deserves the highest praise for his restraint and his technical skills."

The Slovenian Film Centre is responsible for the digital restoration of THE VALLEY OF PEACE, the second film to have been awarded financing for restoration following last year's FUNERAL FEAST (1969) by Matjaž Klopčič. After the Cannes Classics screening, the restored version of VALLEY OF PEACE will be screened on Ljubljana's main square on August 23rd to celebrate Slovenia's 25th year as an independent country.

As Slovenian Film Centre director Jožko Rutar comments, "THE VALLEY OF PEACE is a masterpiece of Slovenian cinema, which we felt absolutely needed to be restored so it could continue to find new audiences and appreciation at home and abroad. Having our restored version premiere in Cannes Classics as the first Slovenian film in the program is truly an honor for us, since their program is so carefully curated and followed by cinephiles all over the world." 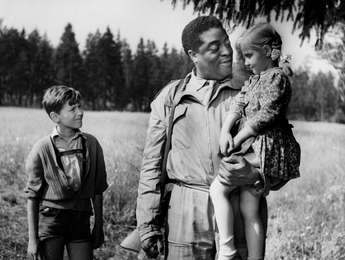 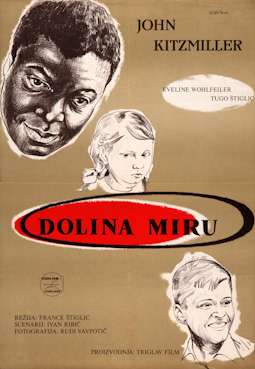 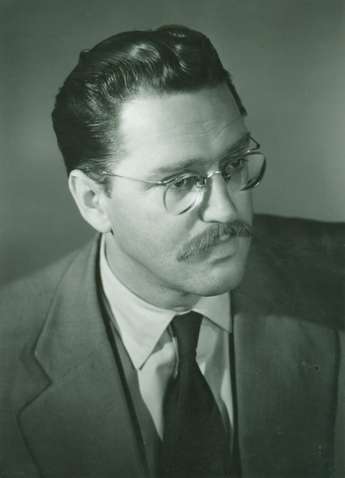