World premiere of Mother in Rotterdam

Mother is the fourth feature by the director Vlado Škafar, whose film opus blurs the lines between fiction and documentary film expression.The programme of the Rotterdam International Film Festival, taking place between 27 January and 7 February this year, is similar.

Therefore it is no coincidence that Mother is already the third film by Škafar to be screened at the most important film festival in the Benelux countries and one of the most important festivals in the world: in importance and tradition Rotterdam comes immediately after the great three, Berlin – Cannes – Venice, and opens the new film year together with the U.S. Sundance festival.Before Mother, Škafar's 2008 film Letter to a Child as well as Dad (2010), whose world premiere took place in Venice, were shown at this festival as well.Rotterdam is the most appropriate venue for the world premiere of the most recent Škafar's feature, as the main selector wrote in his confirmation: "I love the film, it's really exciting and moving and beautiful and special, in my opinion the director's best work so far."

Mother takes her self-destructive daughter to a deserted village in a foreign country (Italy) and locks her in a house. What begins as a mother's desperate attempt to save her child turns into an increasingly miraculous spiritual adventure, restoring the deep feelings of life within her. Starring Nataša Tič Ralijan as mother and Vida Rucli as daughter.

Written by Vlado Škafar. Director of photography: Marko Brdar. Sound designer: Julij Zornik.The film was produced by Frenk Celarc from the Gustav film production house.It is a Slovenian-Italian co-production, realised with the participation of the producer Igor Prinčič from the Gorizia production house Transmedia.For the first time in the history of Slovenian-Italian film cooperation, Transmedia has managed to acquire funds from the MIBAC in Rome, the main state financer of Italian film.

Associate producers are from Bosnia and Herzegovina: Arch Production, headed by Boris Perić, and SCCS/PRO.BA, managed by Amra Bakšić-Ćamo.The film was co-financed by the Slovenian Film Centre, the Regional Audio-Visual Fund from Friuli-Venezia Giulia, and the co-production was also supported by the European fund Eurimages.

The development of the film was initially supported by MEDIA, European programme for the support of audio-visual industry.Technical services were provided by Viba film studio, MB Grip and Gustav film.

The film will be presented in the part of the official programme entitled Bright Future, which includes eleven (11) world premieres and twelve (12) international premieres this year.The selected films are to present "film authors with unique styles and outlooks".The world premiere of the film Mother will be attended by the director Vlado Škafar as well as a part of his crew. 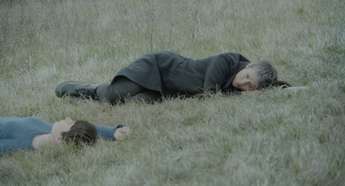 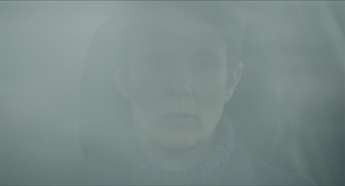