A Girl and a Tree Headed to Brussels

Original documentary films from ten countries will be presented in Brussels in 2015, in the context of the project called DocuMondays.

The film A Girl and a Tree (2012) by the director Vlado Škafar will be screened in the Aventure Cinema on 23 February at 19:30. The film provides an intimate insight into the thoughts and emotions of the legendary theatre and film actresses Štefka Drolc and Ivanka Mežan.The screening will be followed by the discussion with the director, moderated by Jasna Krajinović, Slovenian filmmaker who lives and works in Belgium. A few years ago her film Damian's Room (2008), produced by the Dardenne brothers, was shown in Slovenia as well.

On 19 October 2015 another Slovenian documentary film will be screened in the context of DocuMondays: Karpotrotter (2013) by the director Matjaž Ivanišin, which has recently received the "Štigličev pogled" Award for Extraordinary Direction. Ivanišin received this award precisely for Karpotrotter, a film about following the tracks of a lost film.

The DocuMondays project started on 26 January with the screening of the film Holy Field Holy War (2013) by the American director of Polish descent Lech Kowalski, while on 2 February the film The Second Game (2014) by the Romanian director Corneliu Porumboiu was shown. 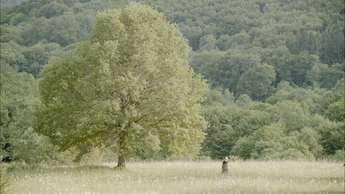