Slovenian cinema will be represented by as many as twelve films.

MedFilm is the oldest film festival in Rome, whose 27th edition will take place between 5 and 14 November 2021. This year, the festival that showcases the cinematographies from the Mediterranean region will be held in a hybrid format: in four cinemas and on the MyMovies online platform. Slovenian cinema will be represented by as many as twelve films, which will participate both in the competition programme and in the section focusing on Slovenian women filmmakers. In the framework of the festival, Tuesday, 9 November, is designated as the Slovenian Film Day.

The film Sanremo by the writer and director Miroslav Mandić was selected for the official feature film competition programme. The film, which is also the Slovenian candidate for the International Academy Awards 2022, is currently being shown by the Slovenian Art Cinema Network. The screening in Rome will be the Italian premiere of the film, which the director will also attend.

The official short film competition programme category includes the film Sisters by Katarina Rešek – Kukla, this year’s winner of the most important short film festival in Clermont Ferrand, which also received the Vesna Award for Best Short Film at the 24th Slovenian Film Festival in Portorož, and the student project Otava by the screenwriter and director Lana Bregar, which premiered at the last film festival in Sarajevo.

The focus on contemporary Slovenian female directors will be an opportunity to see the multiple award-winning features The Miner by Hanna Slak and History of Love by Sonja Prosenc. Thanks to the latter, Prosenc was selected for the first Golden Album of the European Eurimages Fund.

According to the choices of the MedFilm selectors, the following shorts by Slovenian female directors will also be presented: Good Luck Orlo! by Sara Kern, which premiered at the Venice Film Festival in 2016; Ice Queen by Tina Fratnik; After the Hunt by Urška Djukić; Not Your Ordinary Sister by Maša Zia Lenardič and Anja Wutej; Steakhouse by the animator and director Špela Čadež, which won the Best Animation Technique Award at this year’s Ottawa International Film Festival, the Special Mention from the Youth Jury at this year’s Locarno Film Festival, the Vesna Award for Best Animated Film at the 24th Festival of Slovenian Film in Portorož, and the Jury Award at the Bucheon International Animation Festival; and the student film Chasm by Ana Trebša.

In the Glances from the Future section, the short animated film Five-hour Conversation, a student project by the director Katarina Blažič, will be presented. Last year, Blažič received the Special Mention for Student Films from the Slovenian Animated Film Association.

On Tuesday, 9 November, the festival will focus on Slovenian film in particular: Slovenian shorts will be screened at 16:00, followed by History of Love at 18:00 and Sanremo at 20:30.

This will be the second presentation of Slovenian film in Rome this year. The first one, titled Slovenian Cinema – Near and Far, took place on 11 and 12 September.

This is also the second major presentation of Slovenian film at the MedFilm festival after the 2012 event, where eight feature films and three shorts were presented and the director Damjan Kozole received an award for his film opus until then.

The focus on Slovenian Films in Rome is a collaboration organised by the Slovenian Film Centre, the Embassy of the Republic of Slovenia in Rome, and the MedFilm Festival. 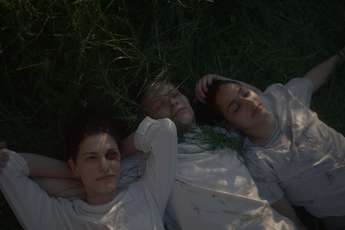 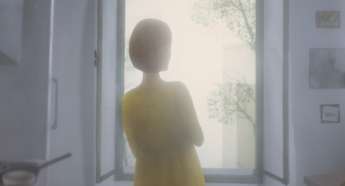