A possessive mother, a loving son, the fiancée's first visit, a mute witness... Four players around a pie. This is the story of Djukić's single-shot film.

The Slovenian author and director Urška Djukić presented her live-action short The Right One at the opening of the "Cannes Directors' Fortnight 2019" programme of the prestigious Cannes Film Festival. The film features, among others, the Slovenian actress Doroteja Nadrah and director of photography Lev Predan Kowarski. The film was co-directed by Gabriel Tzafka, a representative of Denmark and Greece. Apart from Nadrah, the film also features the actors Mirjana Karanović and Muhamed Hadžović.

A possessive mother, a loving son, the fiancée's first visit, a mute witness... Four players around a pie. This is the story of Djukić's single-shot film.

After the premiere, the author had the following to say: "The film 'The Right One' focuses on the clash between the conservative and the liberal. A classic mother from the Balkans, who always knows what is best for others, meets her son's new love... Who fails to meet her standards. My co-director and I have envisioned this film in a single 14-minute cadre, during which everything happens. This was a rather risky decision, as it meant that we had no choice but to conceive the rhythm and tempo of the film already in advance. Consequently, the preparations took much more work, as we had to be very precise in defining the mise-en-scene, action, and dialogues. All the magic had to happen during this single 14-minute shot. The actors and the crew – everything had to be perfect, while the shot had to convey the required atmosphere as well. Of twenty-two repeats, only a single occasion was successful. At that point, our efforts bore fruit and made me truly happy. The very concept of the whole "The Factory" project has represented a significant challenge in itself, as ten directors have been tasked with shooting their five films in tandem. The work with my co-director has been a rather exciting experience. During this process of co-creation, I have learned a lot about the mechanisms that we authors employ to create, as well as about control and trust. The premiere of our film in Cannes, however, was undoubtedly the peak after the effort invested! The audience was satisfied, which was a great feeling. At the same time, the makers of 'The Factory' have made it possible for us to also 'pitch' our first features at the Cannes Market, which is an enormously important incentive for my feature debut."

Five short films have been created in the framework of the project "Southeast European Factory", based on the "La Factory" concept authored by Dominique Welinski and the "Directors' Fortnight" programme. Five pairs of international directors and directors from the region – including Slovenia, Bosnia and Herzegovina, North Macedonia, Montenegro, and Serbia – have participated in the project. The films were made with the support of the Slovenian Film Centre, Film Center Serbia, Macedonian Film Agency, Film Centre of Montenegro, and the Ministry of Culture and Sports Bosnia and Herzegovina in cooperation with the Academy of Performing Arts in Sarajevo and produced by the Sarajevo Film Festival (established by the Obala Art Centre) in collaboration with Quinsaine and DW.

Another screening of "The Factory" films will follow on Sunday, 19 May at 11:30, in Cinéma Alexandre III.

All ten young authors will enjoy the opportunity of presenting their debuts to the film industry at the Cannes Film Market (Marche du film). The goal of The Factory project is to promote new talent in the international arena and to facilitate the collaboration and co-creation between the young local and international film authors.

"First Film First", an intensive programme for the development of debuts by filmmakers from Southeast Europe, has already selected eight projects of the eighty-nine applicants, which will receive the support for the development of first live-action features. Urška Djukić's debut with the working title Shame is among these films.

The author, Urška Djukić, was born in 1986 in Ljubljana. She studied media arts at the School of Arts, University of Nova Gorica, where she also attained her master's degree in film. In 2016 she shot a short live-action animated film Bon appetit, la vie!, which won the Vesna Award for Best Short Film at the 19th Festival of Slovenian Film.

By combining different formats – animation, fiction, and various experimental techniques – the directress creates hybrid visual narratives and focuses, in particular, on the exploration of the contemporary womanhood.

For more information about this filmmaker, head to her website.

You can find the SEE Factory Trailer of the five shorts that are to be screened in Cannes at this link. 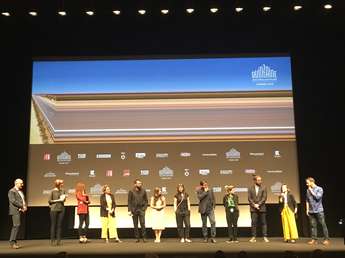 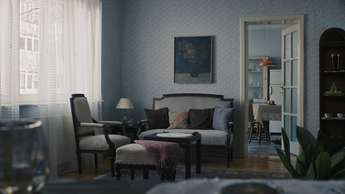