The shooting of the live-action documentary film Action D.B. by the director Dana Budisavljević begins

The film is co-produced by Croatia, Slovenia, and Serbia.

The shooting of the live-action documentary film Action D.B. by the screenwriter and director Dana Budisavljević from Zagreb began on Tuesday, 10 October, in the same Croatian city. The film is co-produced by Croatia, Slovenia, and Serbia.

Action D.B. tells the story of one of the most extensive actions aimed at rescuing children during World War II and the extraordinary women who organised it: Diana Budisavljević. The film about Diana Budisavljević focuses on a remarkable tale of courage and strength exhibited in the hardest moments. It contains staged reconstructions, documentary testimonies, and precious archive footage. The story is based on Diana's diary and historical research. The protagonist of the film Diana Budisavljević was born in a respectable family Obexer from Innsbruck. After she had married the medical doctor Julij Budisavljević, she moved to Zagreb. As a housewife, she dedicated herself to her husband and their children – until she found out, in the autumn of 1941, about the existence of concentration camps where Orthodox women and their children were imprisoned in the capital of the newly-established Independent State of Croatia. Convinced that her own life was not any more valuable than the lives of the unjustly persecuted, she undertook a risky attempt at rescuing the children from the camps. More than 10,000 children were then saved during her Action D.B., as she called her efforts herself. Due to the historical circumstances, her story remained undiscovered until recently.

Starring Alma Prica – the first lady of the Croatian National Theatre, who has also worked with Tomaž Pandur and is known to the Slovenian public for her exquisite role in the 2013 film Halima's Path – as Diana. Igor Samobor performed in the role of Diana's husband Julij, while some of the most interesting actors from the region like Ermin Bravo, Areta Ćurković, Krešimir Mikić, Ozren Grabarić, Mirjana Karanović, Vilim Matula and others appear in the film as well.

The director Dana Budisavljevič graduated in film and TV editing from the Academy of Dramatic Art, University of Zagreb. Already as a student she organised F.R.K.A., the first student film festival, while later she took part in the organisation of the film festival in Motovun. In 2005 she established, together with Nenad Puhovski, the biggest regional documentary film festival ZagrebDox.

Action D.B. will be shot on locations in Croatia and Slovenia. The shooting is slated to conclude in the beginning of November. 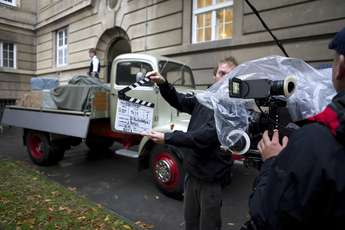 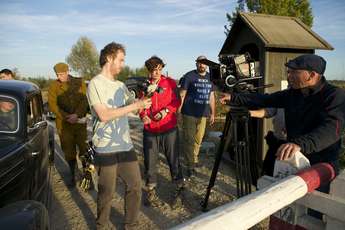 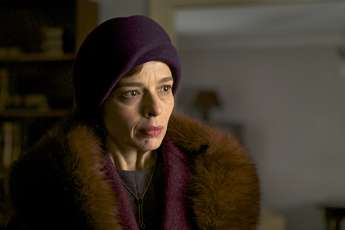