Today the shooting of the feature film Consequences by the director and screenwriter Darko Štante began in Ljubljana.

According to the makers of the film, Consequences wishes to shed light on the problems encountered by the modern youth on their way towards adulthood.The today's society puts too much pressure on the youth and demands more and more, but at the same time it neglects to equip the youth with actual experience and knowledge, required to find one's own way in the world.The youth detention centre is an extreme example, where all of the above becomes very obvious. What teenagers belonging to this forgotten part of the society can hope for at all and what they can strive for is the focus of the film Consequences.The film has been inspired by the need to reveal the everyday problems that these teenagers face, as well as by the wish to activate and sensitise the public opinion with regard to these pressing issues.

The main topic of the film is the double life of the protagonist Andrej: how he deals with the expectations that people have of him, and what consequences his own actions will have for his future.Andrej struggles to maintain the balance between his personal identity, sexuality, moral integrity, and the public image that he is supposed to maintain in front of his parents as well as the other boys in the institution.When this internal conflict is pushed to its limits, these elements of the boy's personality can push their way to the surface and reveal their dangerous potential...

Consequences is the first full-length project of the Filmsko društvo Temporama film society, established towards the end of 2012 as a collective of young film enthusiasts. In the future, the society wishes to keep supporting young directors and screenwriters.To date the Filmsko društvo Temporama film society has produced or co-produced several short films, for example Ourside (directed by Juš Premrov, 2015); Sotto (directed by Ina Ferlan, 2016); and Srdohrd (directed by Ester Ivakič, 2016); as well as a few medium-length films that are currently in various stages of production.The full-length live-action film Consequences is supported by the Slovenian Film Centre and co-produced by NuFrame, Zwinger Film, and 100.

Darko Štante, a younger-generation director and screenwriter, graduated at the Faculty of Social Work. Currently he is successfully pursuing his postgraduate studies of film direction at the Academy of Theatre, Radio, Film and Television.Štante has worked as an assistant on a variety of commercial projects and productions, as well as an independent filmmaker on various audiovisual projects.Currently he works as an educator in a residential school. 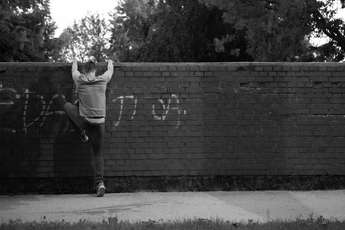 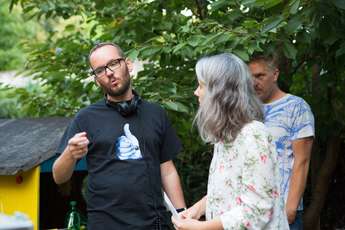