ReActing as a Star – a new international programme dedicated to encouraging the networking between the film and audiovisual actors in the region and increasing their presence in the European film industry – took place in the framework of the second edition of the Krafft Actors Film Festival in Kranj (Slovenia) between 16 and 19 June. The platform was created at the initiative of the Slovenian Film Centre.

In conclusion of the first edition of this project, Nataša Bučar, the director of the Slovenian Film Centre, stated the following: “I am delighted that we have been able to provide actors with a special opportunity for research and networking. Slovenia mostly takes part in co-productions with the other countries from the region. Therefore, facilitating networking and increasing the recognisability of the regional actors seems all the more crucial. It is crucial that the importance of this project has also been recognised by my colleagues from the other film centres, as this gives the professional event at the festival in Kranj a particular weight and ensures a long and consistent future.”

To increase the visibility of Slovenian film and audiovisual actors and expand the opportunities for their participation in the international film industry, the Slovenian Film Centre – in cooperation with the Sarajevo Film Festival, the International Casting Directors Network (ICDN), and the partner film centres from Croatia, Serbia, North Macedonia, and Montenegro – has established a professional platform, which the following actors from the region participated in: the Slovenian actors Maruša Majer, Saša Pavlin Stošić, and Jure Ivanušič; the Croatian actors Judita Franković Brdar, Goran Marković, and Josip Ledina; the Bosnian and Herzegovinian actors Alban Ukaj, Alena Džebo, and Kerim Čutuna; the Macedonian actors Zorica Nuševa, Xhevdet Jashari, Tamara Ristoska, and Sabina Memishi; the Serbian actors Katarina Marković, Petar Benčina, and Milena Božić; and the Montenegrin actors Emir Čatović, Kristina Obradović, and Milica Ščepanović.

After the event, Maruša Majer, a Slovenian actress and event participant, said: “We Slovenians are particularly keen to see any attempt at integration because it can sometimes appear as if we were almost completely cut off from any cooperation with the other former Yugoslav countries. I hope that such gatherings can improve this situation and that they will gradually develop into more frequent professional collaborations. I see this as the greatest potential of the ReActing as a Star project.”

Petar Benčina, a Serbian actor and event participant, told us the following about his experience: “This was a splendid idea, resulting in extensive experience, and it is a true pleasure to be here. Like the concrete workshops organised by renowned professionals from France, Belgium, Norway, and Germany, ReActing also brought together a talented and well-chosen team of people from all the countries of the region. The programme is diverse and intense, which is a great combination!”

The ReActing as a Star programme aims to bring together film actors, casting directors, and talent agents and promote them regionally as well as internationally. It has been envisioned as a networking event where actors can increase their competencies and expand their knowledge while simultaneously creating new business opportunities. During the three-day event, renowned actors, directors, casting directors, and talent agents shared their professional experience as experts and leaders of thematic workshops.

At the end of the programme’s first edition, Tina Hajon, its instigator and manager, said the following: “The implementation of the ReActing programme – the first of its kind in our region – has been very constructive and successful. I am delighted that Slovenia has had the opportunity to host all these distinguished actors and actresses and work towards a common goal with renowned film professionals from abroad. We have certainly gained the momentum needed to organise more ReActing editions!”

The international programme included workshops led by the Croatian actors Leon Lučev and Jelena Graovac Lučev, the French director Luc Besson’s casting director Nathalie Chéron, and the North Macedonian director Teona Strugar Mitevska. The masterclasses, which were also open to the public, were held by the renowned and multiple award-winning Croatian director Dalibor Matanić, the casting director of the film The Worst Person in the World Yngvill Kolset Haga, and the movement director and intimacy coordinator for film, TV, and theatre Ita O’Brien. Precisely the filming of intimate scenes was the central theme of the festival, as this is the most challenging aspect of the actors’ work.

As the programme concluded, Leon Lučev, the Croatian actor and lecturer, said: “This experience has been invaluable on several levels: meetings, sharing, socialising, honest reconnecting, and networking. At ReActing, we have eradicated taboos, discussed our doubts, hopes, and problems, raised crucial issues, and considered the solutions.”

On this opportunity, Teona Strugar Mitevska, the Macedonian director and leader of a programme’s thematic workshop, stated: “Why haven’t we done this sooner?! But, as the famous saying goes, it is never too late, and this is where it has nevertheless begun. The programme is exceedingly detailed and intensive. The speakers are experienced, renowned, and they certainly know what they are talking about. The talents have been carefully selected, everything is held to a very high standard, and, last but not least, the organisers have created a wonderful atmosphere where beauty follows us everywhere!”

The motto of the first edition of the international ReActing as a Star programme was Play Locally and Act Internationally. 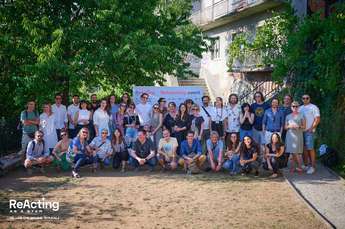 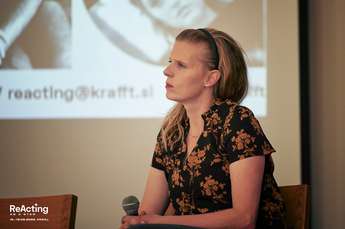 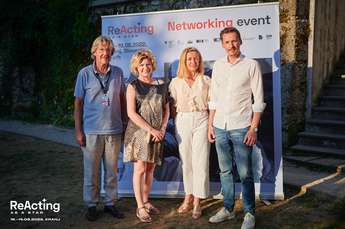 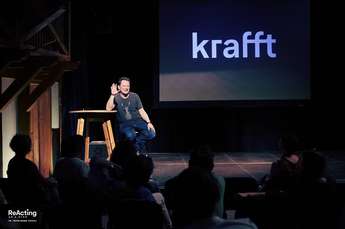 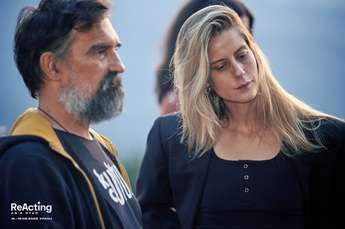