The fifth Days of the New Slovenian Film in Sarajevo

For the fifth year in a row, the Days of the New Slovenian Film in Sarajevo will take place from Wednesday, 10 November, to Friday, 12 November.

Traditionally, the event will be organised at the Meeting Point Cinema, the city’s central film gathering place.

The opening film will be Sanremo by the writer and director Miroslav Mandić. It tells the story of Bruno and Duša, who live in a retirement home. They occasionally meet and spend time together, only to keep forgetting that they know each other. Nevertheless, every new encounter makes them happy. Starring Sandi Pavlin, who won the Best Actor Award for his role as Bruno at the last Leskovac Film Festival in Serbia, Silva Čušin, Mojca Funkl, Boris Cavazza, Lara Komar, Barbara Cerar, Barbara Vidovič, Safet Mujčić, Vladimir Jurc, Doroteja Nadrah, Jurij Drevenšek, and others.

The work is also the Slovenian candidate for the International Academy Awards. The story was written by Milan Urbajs and Miroslav Mandić. Produced by the Filmostovje production house. Co-produced by Incipit Film from Italy and RTV Slovenija.

On the following day, Deadlock by the director Vinko Möderndorfer will be screened. The film tells the story of an encounter between two married couples from the opposite ends of the social scale, which, at first glance, seem to have nothing in common. However, an accident and a tragic event bring these people together fatefully in a single night and most likely until the rest of their lives. Starring Mirjam Korbar, Peter Musevski, Uroš Fürst, and Barbara Cerar. At the recent 15th Mostar Film Festival, the festival of acting and actors, Mirjam Korbar won the “Tree of Love” Award for Best Leading Actress for her role as Mejra in Deadlock. Co-starring Ivo Ban, Klemen Kovačič, Mila Fürst, Benjamin Krnetić, Igor Žužek, Branko Završan, and others. Produced by Eva Rohrman from the Forum Ljubljana production house.

On the last day, the audience will have the opportunity to see the feature I Am Frank by the director Method Pevec. The story follows Frank Mavrič, who discovers, at his father’s inheritance hearing, that the deceased, who was once an important figure in the background of the Slovenian emancipation, has several millions of poorly laundered money left in a Swiss bank account. Frank’s slightly younger brother, who has successfully adapted to social change, has no qualms about using his inheritance to finance his business ambitions. However, Frank, who has remained loyal to his socialist values, starts to uncover the sordid origins of this heritage. The millions ignite an irreconcilable conflict between the brothers, reflecting many social conflicts in contemporary Slovenia. Starring Janez Škof as Frank Mavrič and Valter Dragan as his brother. Featuring renowned actresses such as Katarina Čas, Mojca Partljič, Mojca Ribič, Anja Novak, Maruša Majer, and Nina Valič, who were joined by many other great actors, including Radko Polič, Primož Pirnat, Davor Janjić, and Uroš Smolej. Produced by Danijel Hočevar from the Vertigo production company. At the 67th Pula Film Festival, I Am Frank won the Golden Arena Award for Best Director in the minority Croatian co-productions competition programme.

All films were made with the financial support of the Slovenian Film Centre. Admission to the film screenings, starting every day at 8 p.m., is free. 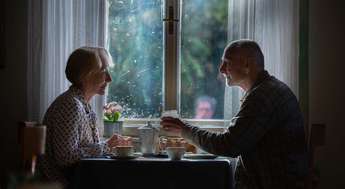 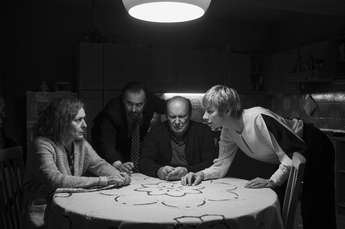 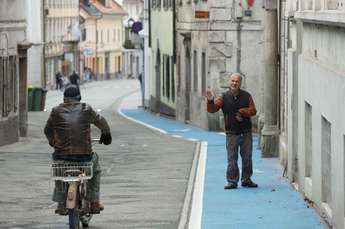 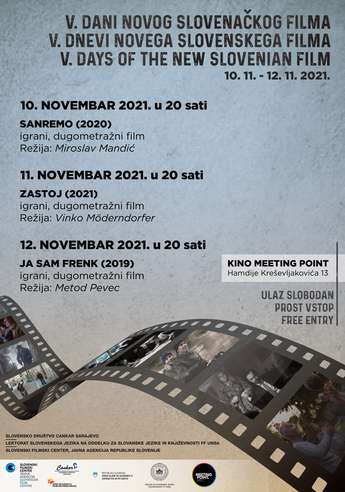