The successful opening of the first Slovenian film retrospective in China

The event will continue until 4 November.

Yesterday, the first Slovenian film retrospective in China successfully opened with the screening of a digitised and restored version of the film Valley of Peace (1956) by France Štiglic in the Chinese capital of Beijing, at the local Film Archive. The event will continue until 4 November.

In her opening address, Sun Xianghui, the director of the China Film Archive, stated the following: “The year 2022 will mark the 30th anniversary of diplomatic relations between China and Slovenia. Meanwhile, Slovenia has taken over the rotating EU presidency in the second half of 2021. At this pivotal moment for the EU and China, the China Film Archive is holding the Retrospective of Slovenian Films with the full support of the Embassy of the Republic of Slovenia in China and the Slovenian Film Centre. Our heartfelt thanks go to all our partners from both countries for their hard work.

The six films to be screened this time include both restored classics and works made in recent years. They cover a broad span of the Slovenian cinema, with some focusing on the touching stories in World War II while others are giving attention to specific groups and issues that are undoubtedly modern. Through these films, we are very pleased to show the rich cultural heritage of the Slovenian cinema that is quick to keep up with the times.”

Alenka Suhadolnik, the Ambassador of the Republic of Slovenia to China, added: “Today’s first historical retrospective of Slovenian film in China is opening with the 1956 classic Valley of Peace.” She went on to introduce the most popular film in China to date, Jože Gale’s 1951 film Kekec, which was presented in China in 1957 along with František Čap’s Moments of Decision. After that, Kekec was screened in many cities and provinces across China for several years in a row. As a result, some film historians have stated that Kekec is the most-watched Slovenian film of all time. Ambassador Suhadolnik concluded her speech as follows: “We hope that the present retrospective in China will arouse similar interest in Slovenian film as the story of the small hero did in the 1950s and 1960s.”

Later that evening, Nataša Bučar, the director of the Slovenian Film Centre, addressed the audience remotely and especially thanked the China Film Archive, the Embassy of the Republic of Slovenia in Beijing, and Mr Wang Yau for his in-depth research into Slovenian cinema. Among other things, she said: “It is a great privilege to open the first Slovenian film retrospective in China today. We are overjoyed!” She then introduced the six films that the Chinese audience will be able to see during the retrospective.

The last keynote speaker was Dr Wang Yao, Assistant Researcher at the Beijing Film Academy. He stated the following: “I am glad to see the very first Slovenian film retrospective in China open today. With this programme, Chinese audiences and film scholars have a great opportunity to watch the magnificent works of past and present Slovenian filmmakers and get a new perspective on world cinema. I hope this event becomes a new milestone for the film communication between Slovenia and China.”

Apart from the introductory film, the Chinese audience will be able to see the following works during the retrospective: the digitally restored version of Matjaž Klopčič’s Funeral Feast (1969), Urša Menart’s debut My Last Year as a Loser (2018), the youth romantic comedy Gaja’s World by Peter Bratuša (2018), Martin Turk’s Don’t Forget to Breathe (2019), and Sanremo by the screenwriter and director Miroslav Mandić (2020).

The retrospective was organised by the Slovenian Film Centre, the Embassy of the Republic of Slovenia in China, and the China Film Archive. 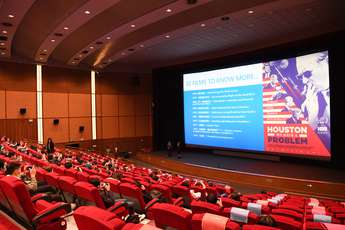 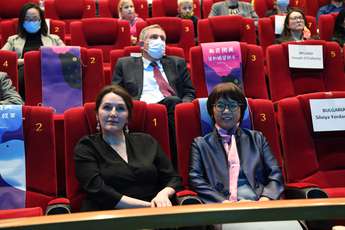 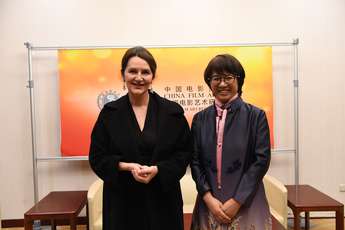 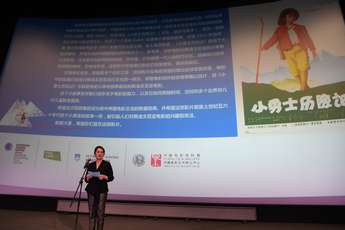 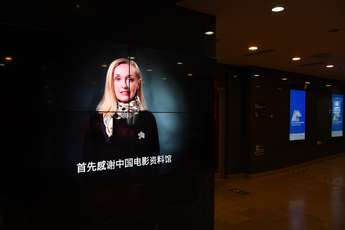