From 28 October to 4 November, the first retrospective of Slovenian films shot between 1956 and 2020 will take place in China. A total of six Slovenian feature films will be screened. The retrospective will open in the Chinese capital of Beijing, at the local Film Archive. All films will be subtitled in Chinese and English and will later be screened in other major Chinese cities as well.

The solemn opening of the retrospective will take place on Thursday, 28 October at 7 p.m., with the screening of the digitised and restored version of France Štiglic’s Valley of Peace (1956), which was presented in the Cannes Classics programme in 2016 and then screened at numerous festivals and in cinemas around the world.

The opening ceremony speakers will include Sun Xianghui, the director of the Chinese Film Archive; Alenka Suhadolnik, the ambassador of the Republic of Slovenia to China; Nataša Bučar, the director of the Slovenian Film Centre, who will address the audience remotely; and Wang Yao, a professor at the Beijing Film Academy.

On Friday, 29 October at 6:30 p.m., Chinese visitors will be able to watch a digitally restored version of Matjaž Klopčič’s Funeral Feast (1969), the film with the unforgettable masterfully-edited seven-minute shoot-out in the Tivoli park, which takes place in the spring of 1941, when the war engulfs the lives of the Ljubljana youth as well. The affairs of the heart result in a liaison with an enemy officer, while rebellion leads to organised resistance.

The first film by the director Urša Menart, My Last Year as a Loser (2018), is slated for Saturday, 30 October, at 3.30 p.m. When the twenty-nine-year-old art history graduate ends up on her disappointed parents’ couch without any money, work, or company, she realises that it will be harder to grow up than she has expected. Starring Eva Jesenovec, Živa Selan, Saša Pavček, Branko Završan, Špela Rozin, Jurij Drevenšek, Tina Potočnik Vrhovnik, Lara Vouk, Aljaž Jovanović, Timon Šturbej, Matic Lukšič, and Vladimir Kusić. Urša Menart’s feature debut received the Vesna Awards for Best Feature Film, Best Screenplay, and Best Supporting Actress in Portorož, as well as a special jury mention at the Ljubljana International Film Festival. It was produced by the Vertigo production house.

The youth romantic comedy Gaja’s World (2018) by the director Peter Bratuša, who also wrote the screenplay together with Špela Oblak Levičnik, will be screened on Sunday, 31 October, at 4 p.m. The story is narrated by the eleven-year-old Gaja, the film’s main character, who is like a modern-day Pippi Longstocking – a brave, direct, determined, sincere, and warm-hearted girl who likes to take things into her own hands and is not afraid of any obstacles. The film also highlights the difficulties faced by children as well as their parents and addresses the conundrums that are part of everyday life: divorce, family estrangement, and the dangers of the internet.

Gaja’s World won the main prize in the international competition of feature films for children and youth Buzz@teen in Motovun, the Children’s Jury Award for Best Film at the 24th Sarajevo Film Festival, and the Vesna Awards for Special Achievements and Makeup at the 21st Festival of Slovenian Film. In 2019, it also received three Golden Reels for exceeding 75,000 viewers in Slovenia. Produced by Felina Films.

On Wednesday, 3 November, at 6.30 p.m., the retrospective continues with Martin Turk’s film  Don’t Forget to Breathe (2019), focusing on the dramas involved in growing up and on summer mysteries. The beautifully shot scenes of nature in combination with atmospheric music maintain the tension and metaphorically reflect the protagonist’s feelings: just as the river’s current keeps becoming deeper and darker, so too do Klemen’s emotions sink into the increasingly unrecognisable whirlpool of confused reactions characteristic of adolescence.

Don’t Forget to Breathe, shot almost entirely in Bela Krajina, was produced by Bela Film. In October 2019, it had its world premiere at the Rome Film Festival in the competition programme of the festival’s section Alice Nella Città. At last year’s 23rd Festival of Slovenian Film, it won the Vesna Awards for Best Cinematography and Best Feature.

On the following day – Thursday, 4 November, at 6.30 p.m. – the retrospective will conclude with the live-action feature Sanremo (2020) by the writer and director Miroslav Mandić. The film focuses on Bruno and Duša, who live in a retirement home. They occasionally meet and spend time together, only to keep forgetting that they know each other. Nevertheless, every new encounter makes them happy. Starring Sandi Pavlin and featuring Silva Čušin, Mojca Funkl, Boris Cavazza, Lara Komar, Barbara Cerar, Barbara Vidovič, Safet Mujčić, Vladimir Jurc, Doroteja Nadrah, and Jurij Drevenšek. At the Leskovec International Film Directing Festival in September, Sandi Pavlin won the Best Actor Award. At the beginning of October, Miroslav Mandić also won the Yellow Umbrella Award for Best Director at the 7th Balkan Panorama Festival in Izmir, while Sandi Pavlin received another Best Actor Award.

Sanremo, produced by the Filmostovje production house, is also the Slovenian candidate for the 2022 International Academy Award. It had its world premiere at last year’s 24th Tallinn International Film Festival.

The retrospective was organised by the Slovenian Film Centre, the Embassy of the Republic of Slovenia in China, and the China Film Archive. The presentation, which will also be screened at the retrospective’s opening ceremony, is available here. 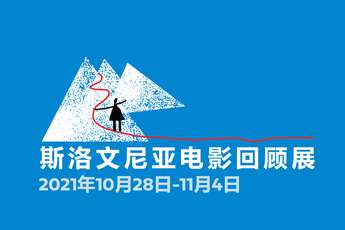 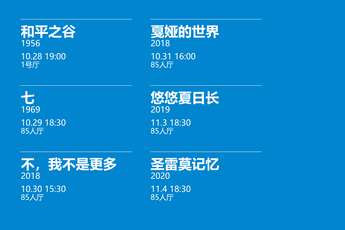 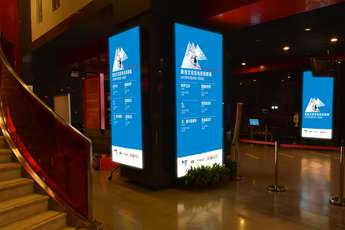