Slovenia's first presentation at the film location market in London

One of the largest internationally renowned markets for the promotion of film locations, FOCUS 2018, is taking place on 4 and 5 December in London. This year, the Slovenian Film Centre, which carries out the activities of a Film Commission in Slovenia and therefore also provides support for foreign film productions shot there, will attend this event in order to present the Slovenian film locations for the first time.

The promotion of the Slovenian film locations will take place in cooperation with the Slovenian Tourist Board. This is a continuation of an already successful collaboration, since Slovenia, as a film location, was already presented effectively at this year's film festival in Cannes. The purpose of these sorts of promotional events is to endorse Slovenia as a film destination and create a platform for the establishment of connections and acquaintances among filmmakers and producers in particular.

A delegation of Slovenian film producers, accompanied by the Director of the Slovenian Film Centre Nataša Bučar, will attend the market as well. The presentation in London will also be attended by the Ambassador of the Republic of Slovenia, His Excellency Tadej Rupel, M.Sc., and by the head of the Slovenian Tourist Board for Great Britain and Ireland Mladen Ljubišič.

Because of its idyllic and picturesque appearance, Slovenia has a diverse range of film locations to offer. Meanwhile, in line with the model of the majority of the European countries, Slovenia's 25-percent cash rebate measure for foreign productions represents a further incentive for foreign producers to shoot in the Slovenian territory. All the well-preserved historical sites, the number of scenic locations in the immediate vicinity, and the fact that it is possible to shoot in the mountains as well as by the sea in a single day belong among the key factors that qualify Slovenia as one of the most exclusive film locations.

Last year, producers from Great Britain, Republic of Korea, and Ireland therefore shot their projects in Slovenia. The regular distribution of the Irish film "The Belly of The Whale", which contains music co-written by the Slovenian composer Janez Dovč as well as sound design co-created by numerous Slovenian associates, is to begin in Ireland in the first half of December. Other works filmed in the Slovenian territory this year include the following: the Italian TV series "I Just Wanted to Be a Rock Star" and the second season of the Serbian series "Shadows over the Balkans"; as well as the film "Who the Fuck You Think You Are Slavoj Žižek?" by a British producer and "Don't Be Afraid If I Hug You" by an Italian producer.

The Slovenian Film Centre is also a member of the the EUFCN - European Film Commissions Network, which aims to use these sorts of events in order to continuously encourage the long-term economic effects of international collaborations in the field of filmmaking and promotion. 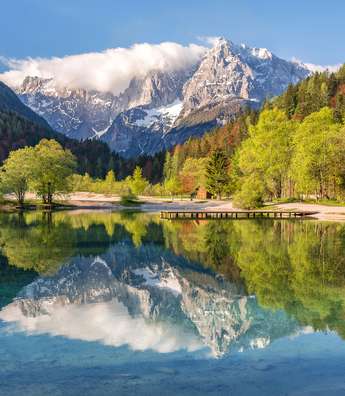