The screenplay, written by Kozole, Urša Menart and Ognjen Sviličić, focuses on two estranged half-sisters from Izola, whom the circumstances force to live together in a small apartment in Ljubljana.

On Saturday, 27 October, the director Damjan Kozole began shooting his new feature film Half-Sister in Ljubljana. The screenplay, written by Kozole, Urša Menart and Ognjen Sviličić, focuses on two estranged half-sisters from Izola, whom the circumstances force to live together in a small apartment in Ljubljana. Starring Urša Menart and Liza Marija Grašič, and featuring Peter Musevski, Jurij Drevenšek, Damjana Černe, Anja Novak, the Macedonian actress Labina Mitevska (Before the Rain) and others.

The director Damjan Kozole had the following to say about his new project: "This is a film about people who do not know how to communicate. It is a critical but simultaneously an understanding outlook on life, characterised by family patterns, uncertain feelings, chauvinism, feelings of existential loss, lack of adherence, and, last but not least, feelings of guilt because of actions that we have not committed ourselves. I see Half-Sister as a film of emotional tensions on the one hand, while on the other hand it is full of dramatic spontaneity and moments of human folly, humour, and fortune.  We live in dangerous times in which lunatics and psychopaths prosper – and therefore all that we have left is compassion. And humour."

The plan is to shoot the film in 32 days, of which ten days or nights of shooting will take place in Izola, and the rest will be completed in Ljubljana. Half-Sister is a Slovenian-Macedonian-Serbian-Croatian co-production: apart from Vertigo from Ljubljana, the project involves the following minority co-producers: RTV Slovenija, Sisters and Brother Mitevski from Macedonia, Film House Baš Čelik from Serbia, and Propeller Film from Croatia. The film was co-financed by the Slovenian Film Centre, Film Centre Serbia, and the Macedonian Film Agency, while Viba Film Studio participates in the production as well.

During development and financing, the script Half-Sister received the REACT Award (in the context of the WEMW co-production market in Trieste) and the Eurimages Co-Production Development Award at CineLink in the context of the Sarajevo Film Festival. The film was also supported by the MEDIA sub-programme of Creative Europe and the Slovenian Film Centre.

Damjan Kozole is one of the most famous Slovenian directors. His films include box-office hits (Stereotype, Porno Film) that have simultaneously received numerous awards and nominations: Spare Parts premiered in the competition programme of the 2003 Berlin Festival, while Sight and Sound and the British Film Institute have ranked it among ten most important films of the new Europe. The film has also received many awards, among others the Jury Award at the Sarajevo Festival and the Vesna Award for Best Film at the Festival of Slovenian Film. The film Slovenian Girl was screened at the film festivals in Toronto as well as at more than a hundred other film festivals. It has also been purchased for screening in thirty countries and is the first Slovenian film that Netflix has included in its collection. Kozole's last feature, the 2016 film Night Life, received the Crystal Globe for Best Direction at the festival in Karlovy Vary and the Vesna Award for Best Direction at the Festival of Slovenian Film. Damjan Kozole is also the author of numerous award-winning documentaries (Borders, The Long Vacation, Project Cancer, etc.). 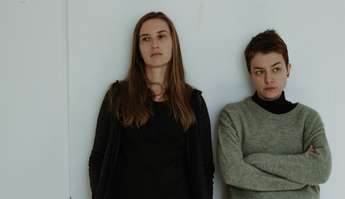 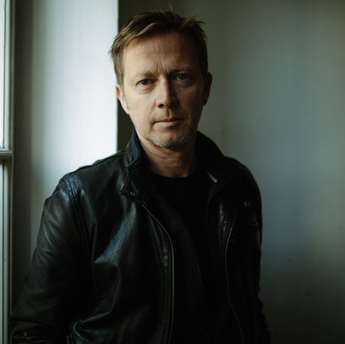