History of Love is the first co-production between Slovenia, Italy, and Norway, with authors and actors from all three countries. The film has already received several development awards and has also been supported by Eurimages.

At this year's international 53rd film festival in Karlovy Vary, which is to take place between 29 June and 7 July, the feature film History of Love by the screenwriter and director Sonja Prosenc will be featured in the official competition program. This will also be the film's world premiere.

History of Love is the first co-production between Slovenia, Italy, and Norway, with authors and actors from all three countries. The film has already received several development awards and has also been supported by Eurimages. Sonja's approach to film language has so far been appreciated by both cinephiles and film critics, and she was described as "a distinctively talented young filmmaker … who can tell a story in a startlingly unconventional manner" by The Hollywood Reporter and selected among eight notable up-and-coming European female directors by Cineuropa.

History of Love is an elegiac tableau of a family dealing with the loss of the mother in the light of a new discovery about her. We witness the struggle of those who are left behind – people incapable of sharing their loss and connecting with each other in their almost physical pain, who are thus in danger of becoming nothing more than bodies of grief – until something is sacrificed and the family is able to reconnect.

In the words of Sonja Prosenc herself: “In my first film The Tree, I focused on three distinct forms of imprisonment – physical, within a system, and by our own feelings of guilt – all of this by means of a single story about a blood feud. In History of Love I venture away from this kind of commentary on a social issue in order to explore an intimate tale of Iva and her family. However, the urge to explore the characters' inability to connect with each other during the worst moments of their lives still derives from a reflection on the society: the currently prevalent nihilism, violence, and emotional detachment. One of the possible oppositions to this, which I have tried to keep in mind while making the film, is beauty as an aesthetic as well as ethical category.

Stepping away from a linear narration, the film follows the main character, builds on her subjective experience, and uses the story as a framework. Contrary to what one might think, this kind of a film requires a very precise screenplay in order to determine the exact line between how much of a story to present without creating an impression that the point of the film is to tell a story, while also providing the most appropriate story clues to create a film universe wherein we can explore the inner states of the characters as well as the more abstract concepts of emotional detachment and other main leitmotifs. I have had an opportunity to develop the concept during a very fruitful collaboration with Midpoint and Torino Film Lab script consultants. Together with the actors, we have created characters who are alienated from themselves and each other, while we can at the same time sense the pain that they cannot escape as well as their underlying need to connect.

Furthermore, the sound design for this film has been a special process in itself, as the sound carries as much of the film's weight as the visual narration does. It connects the parts that could be perceived as past and present into a meandering of events, memories and thoughts, with shots or sequences echoing variations and details.”

Starring the young Slovenian actress Doroteja Nadrah, known to the Slovenian audience particularly for her role in the film Class Enemy, and the renowned Norwegian actor Kristoffer Joner. During his long career as a film actor, Kristoffer Joner also appeared in the Scandinavian box-office hit and Norwegian Academy Award candidate The Wave; in King of Devil Island, where he performed side by side with Stellan Skarsgård; and in The Revenant by Alejandro G. Iñárritu, which won as many as three Oscars. Kristoffer also received the EFP Shooting Star Award at the Berlin Film Festival.

The film was produced by Rok Sečen, this year's Producer on the Move from the Monoo production house. Sečen has worked as a producer since 2012, and among other works he has also produced the previous festival hit by Sonja Prosenc: her debut The Tree (2014), which has also been one of the Slovenian candidates for the Academy Award for Best Foreign Language Film. The world premiere of The Tree took place in 2014, also in Karlovy Vary – though in the East of the West competition programme, intended for first and second films.

History of Love is financially supported from Slovenian Film Centre and will be screened at the Karlovy Vary festival on Saturday, 30 June, as well as on 1 and 3 July. 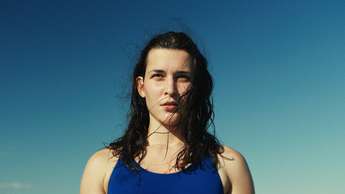 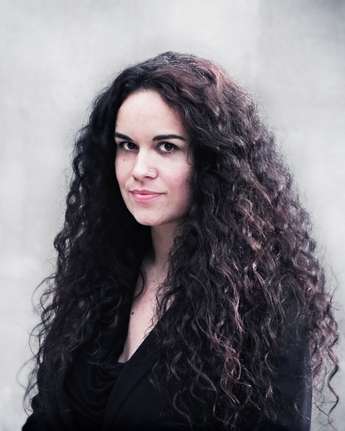