Actress Maruša Majer among the ten Shooting Stars at the Berlinale

On December 15 the European Film Promotion announced the ten (10) extraordinary European young actors selected for the Shooting Stars project. The actresses and actors will present themselves at the 67th Berlinale (9 – 19 February) at the anniversary 20th edition of this event. One of the "shooting stars" of the European film is the Slovenian actress Maruša Majer.

The international jury of film professionals selected the talented actors on the basis of their extraordinary roles in feature films as well as due to their potential, which will hopefully allow them to develop their career in the global film scene.

In October, 26 members of the European Film Promotion proposed their candidates, among them also the Slovenian Film Centre, which has been a member of the EFP since 2005. The EFP is the only European organisation in charge of film promotion.

The jury that evaluated the nominated actors consisted of the Swiss director Xavier Koller, Portuguese producer Pandora De Cunha Telles, Swedish film critic and writer Jan Lumholdt, Hungarian actress and former shooting star Dorka Gryllus, and acting agent Lucinda Syson. The jury gave the following substantiation with regard to Maruša Majer: "She gives a fearless, gritty and thoroughly soul-bearing quality to her work that goes under both her and our skins – and refuses to let go. Maruša conveys a female animalism of a rarely seen strength."

Between 10 and 13 February Maruša will participate in the four-day programme in Berlin. The programme includes interviews with prominent representatives of the ICDN (International Casting Director Network), meetings with directors and other film industry professionals, a press conference, a photo shoot, and a workshop. The event will culminate in the glamorous presentation of the actors at the Shooting Stars Awards ceremony at the main festival venue, the Berlinale Palast.

Actor Jure Henigman was the last Slovenian representative in Berlin in 2013. Before him the extraordinary quality of Slovenian actors had been presented to the world by actor Marko Mandić as well as actresses Aleksandra Balmazović and Iva Krajnc.

For more information head to www.shooting-stars.eu. 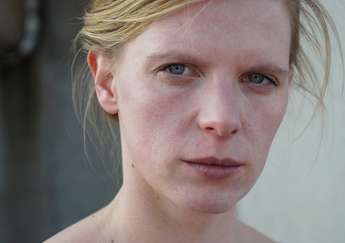