The most important Eastern European film festival revealed the film titles competing in the main programme, the East of the West section, and the documentary programme.

At the 51st edition of the renowned festival in Karlovy Vary, Slovenian film will be represented in as many as two competition programmes.

As it is stated at the festival's website and summarised at ScreenDaily, it is a film about how "the lives of a wealthy married couple radically change in an instant. While the husband is in critical condition after an accident that occurred under strange circumstances, the wife tries to understand the situation and to salvage what she can… In this constricted, small-scale drama by a renowned Slovenian filmmaker, Pia Zemljič excels in the role of the resourceful wife."

The script was written by Damjan Kozole and Ognjen Sviličić, in cooperation with Urša Menart. Director of photography: Miladin Čolaković. Music by Kostov and Silence, editing by Jurij Moškon and Ivo Trajkov, sound design by Igor Čamo, Julij Zornik, Gašper Loborec, scenography by Dušan Milavec and Neža Zinajić, costume design by Zora Stančič, make-updesign by Mojca Gorogranc Petrushevska. Matija Kozamernik was the production manager and the film was produced by the film producer Danijel Hočevar and the Vertigo production company. Co-produced by Labina Mitevska for the Macedonian production house Sisters and Brother Mitevski and Amra Bakšić Čamo and Adis Đapo for the Bosnian production house SCCA PRO.BA.

Viba Film Studio took part in the production, and the film was financially supported by the Slovenian Film Centre, Macedonian Film Agency and Foundation for Cinematography Sarajevo.

Damjan Kozole had the following to say about the film: "This is a film about the society in which fear is the driving force. It does not offer simple solutions, but instead focuses on the fragility and inter-connectedness of our lives. It discusses the fact of our living in a society where nothing ever gets cleared up. It also shows that some wounds can never be healed –because we people bite worse than dogs do."

Apart from the world premiere of Nightlife, the main programme will include seven other world premieres and four international premieres. The Czech cinematography will be represented by the final work by Jan Němec, who died in March. Debuts come from Turkey, Canada, and Poland, while the remaining seven film hail from Italy, Germany, Hungary, Romania, Russia, Spain, and Slovakia.

Houston, We Have a Problem by the director Žiga Virc and produced by Studio Virc, whose world premiere took place in April at the Tribeca Film Festival in New York and which is currently being screened in the Slovenian cinemas, will have its European festival premiere in the second competition programme East of the West, which focuses exclusively on new names from the Central and Eastern Europe.This programme will include twelve titles as well, and the strong "female element" of this year's selection is being emphasised. Estonia will participate with two films, while a single film comes from (besides Slovenia) the Czech Republic, Georgia, Kosovo, Lithuania, Hungary, Poland, Romania, Russia and Turkey.

Slovenia will participate in the main competition programme after eleven years. In 2005 it was represented by Tuning, the third feature film by the director Igor Šterk. This was the year of the greatest Slovenian success at the Karlovy Vary festival, as two other films were also shown on this occasion: Ruins, the second live-action feature by Janez Burger in the East of the West section; and Suburbs by the director Vinko Möderndorfer as the first Slovenian film in the section of ten directors selected by the critics of Variety magazine.

Janez Burger was also the first Slovenian director after the attainment of Slovenian independence to qualify for the main competition programme with his debut Idle Running in 1999. 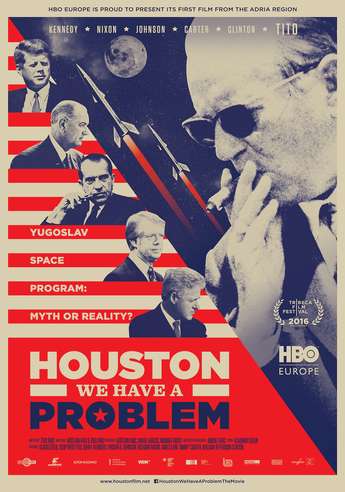