At the initiative of the Slovenian Film Centre, on 21 December 2015 Slovenia will join – for the second time – the international event where the filmmakers and exhibitors focus on the importance of short films. Short Film Night brings the short form to the forefront and presents short films as independent works.

Winter solstice is the day when night is at its longest, which is why international film institutions chose this date to celebrate short films: it is the right moment for a marathon of various film genres. The event has already became well-established in more than fifty countries around the world.

This year's central event, the 2nd Short Film Night, will take place in the Slovenian Cinematheque. Furthermore, the festivities will also take place in fifteen Art Cinema Network venues all around Slovenia.RTV Slovenija will take part in the event by broadcasting short films as part of its programme. The new feature of this year's longest night is also the expansion of the event to other venues, which are not intended for films exclusively. Thus the Centre for Contemporary Art – Ljubljana will participate, and for the first time it will be possible to see some of the films on the Vimeo channel of the Slovenian Film Centre.

The viewers will be able to enjoy diverse and high-quality programme segments. Film aficionados and those who have only begun to discover short films will be able to see everything from the classics, student films, animated films for children and adults, as well as the award-winning films of this year's 18th Festival of Slovenian Filmand the first edition of the Ljubljana Short Film Festival.

This year the Slovenian Film Centre has also invited the following institutions to participate in the preparation of the programme: the Directors Guild of Slovenia, Slovenian Animated Film Association, Kraken Film Society, Academy of Theatre, Radio, Film and Television, School of Arts of the University of Nova Gorica, Slovenian Film Archive of the Archives of the Republic of Slovenia, and the Centre for Contemporary Art – Ljubljana. Viba Film Studio will contribute technical assistance.

With this year's edition, the short film night will become a traditional homage to short film, and this time the event will also be free of charge.

See the programme for more information. 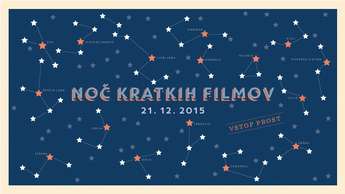 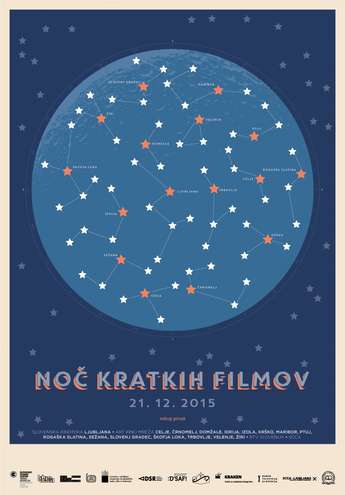