LJUBLJANA: The Netflix production The Union, directed by Julian Farino and starring Halle Berry, Mark Wahlberg and J.K. Simmons, is filming in the Slovenian coastal town of Piran.

The Slovenian government gave cash rebate support of 2.5 m EUR for the project that will contribute to an estimated 30,000 overnight stays and the planned use of more than 10 m EUR for preparations and filming.

Seventeen shooting days are planned from 19 September to 4 October 2022 in various locations in Slovenia, but most of the shooting takes place in Piran. Over 340 Slovenian workers (more than half of the entire crew) are present in all departments (organisation, production, art decoration, make-up and costume design, sound, technical unit). Hundreds of extras are also involved. The expected number of all Slovenian and foreign film workers is 650, and with actors and extras, the number rises to 1,500.

Nataša Bučar, managing director of the Slovenian Film Centre, who was present on the set, says: “I am glad that the Slovenian government has supported our efforts in the direction of attracting foreign investments in the field of film and thus recognised the extraordinary, not only cultural, but also economic importance of the audiovisual sector.“ She added that the fact that the producers of such a large-scale film project decided to shoot there is a confirmation that Slovenia offers excellent filming locations, experienced film workers and the necessary infrastructure to service even the largest film productions in the world.

The Slovenian Minister of Culture Asta Vrečko and the Minister of Economic Development and Technology Matjaž Han also visited the filming location.

The Union aka Our Man from Jersey is an action thriller about a down-to-earth construction worker from Jersey, who is quickly thrust into the world of super spies and secret agents when his high school ex-girlfriend recruits him on a high-stakes US intelligence mission. 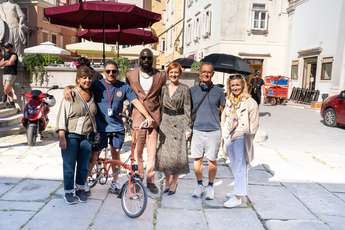 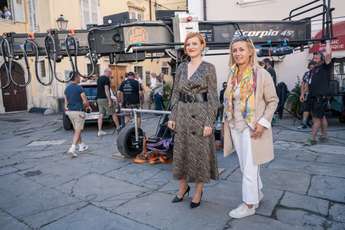 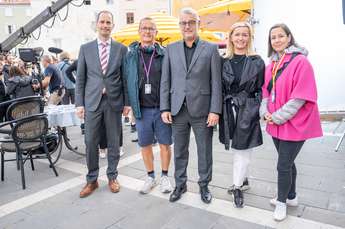 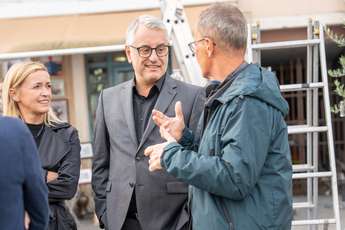