The film reconstructs the events in which D'Annunzio, accompanied by about a thousand rebellious Italian soldiers, captured the city of Rijeka in September 1919 and declared it his own micro-nation. This was followed by a short period in which, according to many, Rijeka became a world haven for artists and free thinkers, but also a place where the idea of nationalism flourished. Following bloody clashes in January 1921, the regular Italian army expelled D’Annunzio, but many ideas that emerged during his Rijeka episode were seen later in Mussolini’s regime.

“The shoot was above average creative, but at the same time very demanding and even risky, especially in the sense that no scene could be definitively predicted or controlled in advance. Because we combined fiction and documentary, we were witness to an extraordinary, unrepeatable scene while filming. The mass reconstructions of historical situations already during the filming stimulated new reflections on former and current social conditions, which we hadn’t predicted through our studies,” says DoP Gregor Božič, who also directed Stories from the Chestnut Woods (2019, Nosorogi), which was selected as Slovenian Oscar candidate in 2021.

The shooting took place in Rijeka (Croatia), Trieste (Italy), in D’Annunzio’s residence Vittoriali degli Italiani in Gradone, near Lake Garda (Italy), and in the Slovenian and Italian Karst region. “Filming took place during several periods (also due to the pandemic and related restrictions), starting from 2019, when the crew filmed the rally of the far-right political movement CasaPound in Trieste, and ending in July 2022”, Slovenian coproducer Marina Gumzi told FNE.

Fiume o morte! is produced by Vanja Jambrović and Tibor Keser through Restart (Croatia) and coproduced by Marina Gumzi through Nosorogi (Slovenia) and Erica Barbiani through Videomante (Italy). The film is supported by the Croatian Audiovisual Centre with 105,000 EUR, Creative Europe - MEDIA with 25,000 EUR, Eurimages with 140,000 EUR and RE-ACT with 8,000 EUR. Additional funding was secured from the City of Rijeka, the City of Zagreb, the Croatian Film Directors Guild, the Italian Ministry of Culture, Regional fund Friuli, Venezia Giuila, and the Slovenian Film Centre.

The premiere is planned for the second half of 2023 or the beginning of 2024.

Igor Bezinović graduated in philosophy, sociology and film direction. He is considered one of the most original film authors of the younger generation from the former Yugoslavia. In 2017, he received the Grand Golden Arena award for his first feature film A Brief Excursion (produced by Croatia's Studio Pangolin) at the 64th Pula Film Festival. 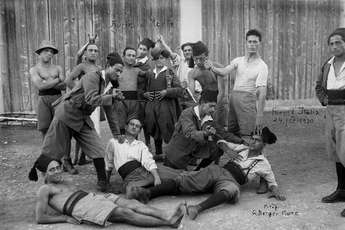 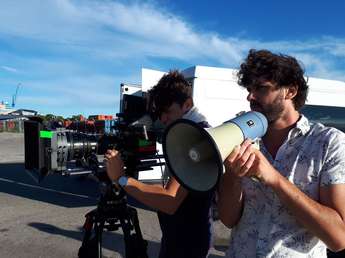 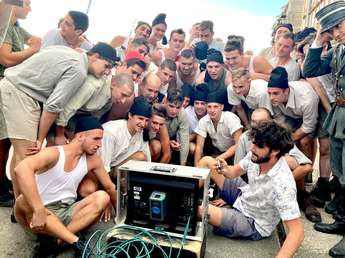 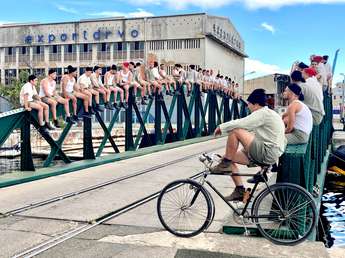