The screenplay was written by Iza Strehar and Žiga Virc.

On Saturday, 11 June, the shooting of the Slovenian live-action feature The Last Hero by the director Žiga Virc started in Medvode. The screenplay was written by Iza Strehar and Žiga Virc. The estimated duration of the shooting is twenty-five days.

The Last Hero is a drama with comic elements. It tells the story of France, who attempts to prevent a German shopping mall chain from tearing down the statue of his father, a national hero, and erecting a store in its place. While trying to preserve the memory of the heroism of the resistance movement during the Second World War, France is unwittingly ruining the life of his daughter Vida, who is merely trying to look to the future and raise a family. In just twenty-four hours, the lives of everyone involved get turned upside down.

The director says the following about the new film: “The co-writer Iza Strehar and I started developing the screenplay in 2017. The filming kept being pushed back due to the pandemic and funding problems. However, this gave us more time to reflect on the project and its production. Of course, I am glad that the shooting is finally about to begin.”

The film is a Slovenian-Greek-Croation co-production under the auspices of the production company Studio Virc. At the start of the film shoot, the producer Boštjan Virc stated the following: “With the support of the Greek ERT television, Greece approached the project in a very natural way, as Greeks and Slovenians share a similar recent history, political divisions, and a sense of humour that resonates with our film. One of the main roles is played by the actress Angeliki Papoulia, one of the most recognisable faces of the Greek cinema both nationally and internationally. She has starred in many renowned films, including the multi-award-winning The Lobster by the Greek director Yorgos Lanthimos.”

The Greek co-producer is Minos Nikolakakis. The film was co-financed by the Slovenian Film Centre, Croatian Audiovisual Centre, RTV Slovenija, the Greek television broadcaster ERT, and Creative Europe – MEDIA, in cooperation with Viba Film Studio. The Croatian co-producer of the film is the production company Nukleus Film, produced by Siniša Juričić.

Žiga Virc was born in 1987 in Novo mesto. His debut feature Houston, We Have a Problem! (2016) won the Vesna Award for Best Feature at the Festival of Slovenian Film and the 2017 Štiglic Gaze Award for Directing, given annually by the Directors Guild of Slovenia. In 2017, the film, which had also been the 2016 Slovenian foreign-language Academy Award candidate, was included in the programme of the world’s largest streaming company Netflix. 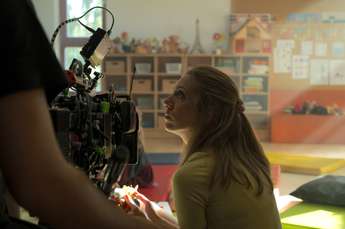 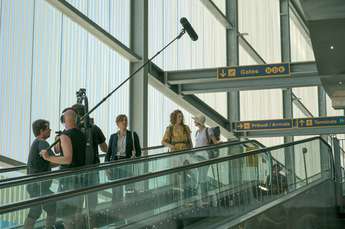 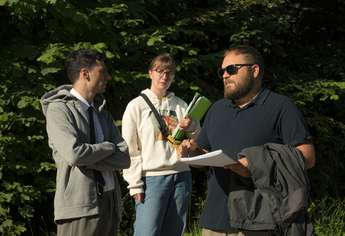