Slovenian films at the 75th edition of the Cannes Film Festival

This year’s Cannes Film Festival will take place from 17 to 28 May. With Fantasy, her first film in development, the Slovenian director Katarina Rešek – Kukla was selected as one of the six promising young directors to participate in the Residence programme, a part of the Cinéfondation programme.

The feature film Fantasy is based on Rešek’s award-winning short film Sisters, which won at the Clermont Ferrand Festival, the most important short film festival. Sisters also won the Vesna Award at the 24th Festival of Slovenian Film in Portorož. Fantasy is based on the same theme and characters. In it, the author addresses the different gender identities to which the patriarchal environment usually reacts with resistance, often creating conflicts in the family environment as well. The feature-length form allows for more emotionality and subtle tones, as the protagonists are girls at the very beginning of their sexual lives. Sina, Mihrije, and Jasna are best friends in their early twenties. Their boyish lifestyle often brings them into conflict with boys, who perceive them as a threat. A young transgender woman called Fantasy catches the attention and gradually charms the girls, whose paths take different directions. The film is produced by the production company December and the producer Barbara Daljavec.

The 75th film market in Cannes will take place between 17 and 25 May. There, the Slovenian Film Centre will present three Slovenian features, including two debuts. This year, the film screenings are mainly aimed at buyers and distributors, as all the films have sales agents. The Slovenian Film Centre will present itself in the context of the SEE Pavilion and independently in the online pavilion for the registered participants.

The screening of Moja Vesna, the director Sara Kern’s debut, will be available to the selectors online on Thursday, 19 May, at 11:00. The film had its world premiere at this year’s Berlinale.

The ten-year-old Moja lives in a suburb of Melbourne with her grieving Slovenian father and pregnant twenty-year-old sister Vesna. Unable to come to terms with her mother’s sudden death, Moja prefers to prepare for the child’s birth instead, while Vesna gets caught up in her own problems. The determined and cheerful Moja hopes in vain that Vesna will eventually fill the void in her life left by her late mother. However, Vesna forces Moja to accept that their mother has in fact died, which strains the relations between the sisters and, as the birth approaches, tears the grieving family further apart. When Moja meets Miranda and her unusual daughter Danger – a family very different from her own – her world starts opening up.

The producers of the film are Rok Biček from Cvinger Film as well as Gal Greenspan and Sharlene George from Sweetshop & Green in Australia. The production team includes the co-producer Katy Roberts, production managers Ira Cecić and Rachel Forbes, and assistant director Andy Pante.

The screenplay was developed at the Torino Film Lab and the Cannes Cinéfondation Residence, among others. During the post-production, the film was selected for the First Cut Lab programme.

The second film, Beanie by the director Slobodan Maksimović, will be screened online for the selectors on 17 May at 11:00 as well as in the Auditorium F on 22 May at 13:45. The first Slovenian Christmas film tells the story of Erik, a nine-year-old boy who has to live in a youth home because of his troubled parents, and Lučka, a seven-year-old girl who comes from a wealthy family. Because it is Christmas, both children hope that their most secret wishes come true. Erik hopes to spend the Christmas evening with his parents, while Lučka wishes for a younger sister and a dog. By coincidence, they meet and experience a true Christmas adventure: in a single night, their wishes do indeed come true, though in a somewhat unexpected way.

The third film is currently being screened in the Slovenian cinemas – The Space Among Us by the co-writer and director Rahela Jagrič Pirc. It will be screened in Cannes on 23 May at noon in the Auditorium E.

Pirc’s directorial debut is a youth coming-of-age drama set in the small town of Kostanjevica na Krki. The story focuses on the fourteen-year-old Canadian boy Toby, who travels to Slovenia with his mother Kristina to visit his grandmother Gizela during the summer holidays. Kristina has been away from home for several years, but now she returns home suddenly with important news about an exhibition she is supposedly going to organise at a local gallery. Toby is not thrilled about spending his holidays in a foreign country without his friends and his father. He gets even more frustrated as he faces the local children’s racial prejudices for the first time. His only bright spot is Tjaša, whose adventurous nature attracts him. Their friendship leads to an unusual encounter with a blind astronomer Herman, who is a “village outcast”, much like Toby.

Herman invites the boy to a forgotten observatory, where he shares his extensive knowledge of astronomy and teaches him about the truths of life that originate in space and affect life on Earth. The astronomical observatory also becomes a shelter where Toby can hide when he realises that his parents are experiencing serious marriage problems and that Kristina’s art exhibition has actually been planned in advance as an excuse to escape from Canada. The roller coaster of intense emotions and dynamic events makes Toby and Kristina confront their most important relationships, repressed fears, and the local society, which sees them as aliens from another planet.

All the films were made with the financial support of the Slovenian Film Centre, which will yet again present the opportunities and advantages ensured by the cash rebate measure as well as invite the global film community to shoot films in Slovenia.

Furthermore, in terms of promotion, special attention will also be paid to the ReActing as a Star industry programme for actors, which will be presented for the first time at this year’s KRAFFT actors’ film festival in Kranj at the initiative of the Slovenian Film Centre. ReActing as a Star is a programme intended for experienced actors from Croatia, Bosnia and Herzegovina, Serbia, Slovenia, Montenegro, and North Macedonia. Thanks to the cooperation with the Sarajevo Film Festival, the young participants of the Alumni Sarajevo – Acting Studio 2021 talent campus can take part in it as well. The programme aims to bring together actors, casting directors, and agents in order to promote them, first regionally and later also internationally. It is designed as a business networking event. The actors will be able to take advantage of new business opportunities and upgrade their skills.

On Friday afternoon, on 20 May, a roundtable titled “Small Scale – Big Films” will be held at the Israeli Pavilion. The panellists will reflect on and discuss how the various film commissions and institutions have been dealing with the current issues lately and how they can help their film industries in these difficult times. The roundtable will also be attended by the Director of the Slovenian Film Centre Nataša Bučar.

The 2022 online catalogue of Slovenian features and short films can be found at this link. 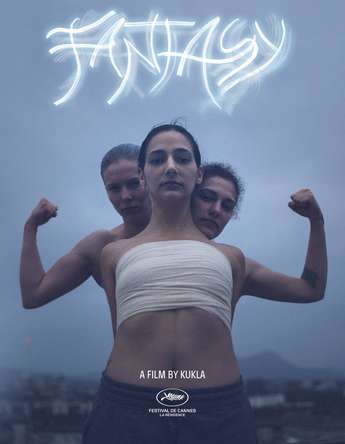 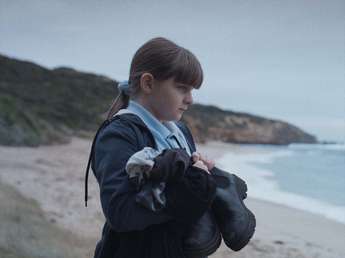