The film is expected to be shot in 25 shooting days.

On Tuesday, 19 April, the shooting of the new Slovenian live-action feature Father Figure by the screenwriter and director Nejc Gazvoda started in Novo mesto. The film is expected to be shot in 25 shooting days.

After Maja’s divorce, Maja and Jan, mother and son, move from Ljubljana to a small town somewhere in the south of Slovenia, close to the border. Jan is in his final year of primary school, with a few months to his graduation, and Maja is a psychologist at the same school. The film begins with the reopening of schools after the end of the epidemic, and the children do not seem to have returned to the way things were before. Jan starts being bullied by his peers for no reason, and Maja makes an enemy in the form of a young woman, also a psychologist. Jan meets a mysterious man whose support he seeks in distress, but the price he pays is high. The film Father Figure is an absurdist tale about absurd times, posing the question of whether it is possible for us to go back – and if that is no longer possible, how to live in a reality of completely new rules.

The director had the following to say about his third live-action feature: “Father Figure is a film about a particular period, the middle of 2021, set in a primary school, while all the issues it deals with are concrete – peer violence, loneliness, dignity. At the same time, the film is a trip back to my primary school years and my youth, which seems stranger, more unnatural with each passing year, just like the times we are living in now after the pivotal, terrifying, unforgettable 2020. Father Figure is probably my most personal project, set in the most impersonal era of recent history. It is the tension between these two poles that interests me in the film and that I hope will make it original.”

Father Figure, produced by Aleš Pavlin and Andrej Štritof from the Perfo production company, is an international co-production and is expected to be completed in the spring of 2023. It is co-produced by Evolution Films from Czechia and La Sarraz Pictures from Italy. Co-funded by the Slovenian Film Centre, the Czech Film Fund and MIC – Italian Ministry of Culture. The Viba Film studio participates in the project as well.

Nejc Gazvoda is a writer, film and theatre director, and screenwriter, born in 1985 in Novo mesto. He graduated in film and television directing at the AGRFT in Ljubljana; and he received the student Prešeren Award for his graduation television drama Fragma: An Ounce of Luck.

His play Gugalnica was staged by the director Janez Lapajne. He won the Grossman Award for his screenplay for the short film entitled Čisto lahko. In 2011, his debut feature A Trip premiered. In addition to many special awards for the film and the actors at international festivals, it won five Vesna Awards at the Slovenian Film Festival and the Grand Jury Prize at the Nashville Film Festival. In 2013, Gazvoda shot his second feature Dual, which received the Vesna Award for Best Leading Actress at the 16th Slovenian Film Festival. Gazvoda also contributed to Janez Lapajene’s Personal Baggage (2009) and Rok Biček’s Class Enemy (2013) as a co-writer. 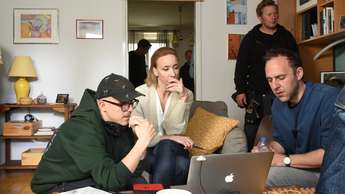 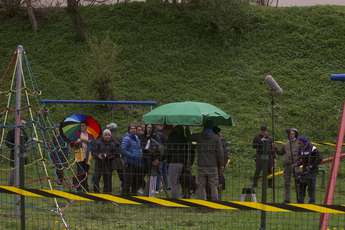 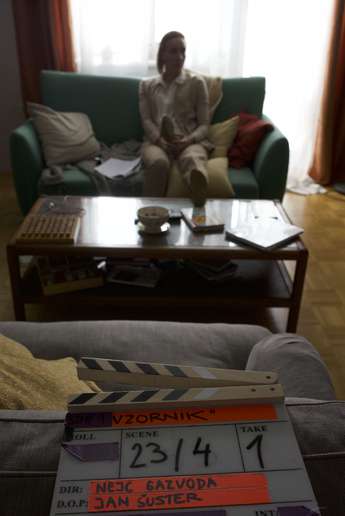