Slovenian film on the go: as many as ten Slovenian features in distribution this year

Our Films at Home - Press Conference

At the 2021 calls for applications, the Slovenian Film Centre, Public Agency of the Republic of Slovenia (SFC), supported the following films:

Slovenian cinemas will be screening the feature film Deadlock (directed by Vinko Möderndorfer) from the beginning of January 2022 and the documentary Sparks in Time – Worldwide Computer Adventure (directed by Jurij Gruden) from mid-February, while the 24th Documentary Film Festival (9 – 16 March) will open with the internationally acclaimed debut Reconciliation (directed by Marija Zidar) and close with the Slovenian premiere of Melting Dreams (directed by Haidy Kancler), which will have its world premiere at the 24th Thessaloniki Documentary Festival. Soon, the following films will also be distributed in the cinemas: Bitch, a Derogatory Term for a Woman (directed by Tijana Zinajić), the winner of the Best Film Award at the last Festival of Slovenian Film, in the middle of March; and the youth film The Space Among Us (directed by Rahela Jagrič Pirc) in April. This year, the following films will also be screened in the cinemas: Inventory (directed by Darko Sinko); this year’s representative in Berlin Moja Vesna (directed by Sara Kern); the long-awaited youth film Gaja's World 2 (directed by Peter Bratuša); the road movie Grandpa Goes South (directed by Vinci Vogue Anžlovar); the family Christmas film Beanie (directed by Slobodan Maksimović); the film Riders (directed by Dominik Mencej), featuring this year’s rising star of European cinema Timon Šturbej; the experimental film The Birdbreeder (directed by Robert Černelč); and the documentary Cannabis Sets You Free (directed by Miha Čelar).

The SFC Director Nataša Bučar highlighted the Slovenian film’s current international successes: “In 2021, our films won as many as 78 international awards, among which the Grand Prix for the short film Sisters in Clermont-Ferrand stands out in particular. This year, Slovenian films have also had a very successful start with the world premiere of the live-action feature Moja Vesna at the Berlinale in the Generation Kplus competition programme. We have also seen a considerable increase in the foreign productions’ interest in filming in Slovenia, representing a great opportunity for economic recovery after the corona period. These successes prove that enormous amounts of untapped potential exist in the field of Slovenian film. If we want to take full advantage of this, we need to provide a suitable environment and, above all, significantly increase the financial resources allocated to film in the Republic of Slovenia. I hope and wish that in the coming period, the film and audiovisual sector can become an economic and cultural priority.”

The Slovenian Film Database (BSF), created with the support of the Slovenian Film Centre, is an online platform with the largest freely accessible collection of textual, graphic, and video materials related to Slovenian films and filmmakers. It is an invaluable source of information for the general public as well as film professionals, journalists, and researchers.

With it, the Slovenian Film Centre and the Filmoteka Institute made a significant contribution to the accessibility and visibility of the national film production during the pandemic, while at the same time allowing for the continued work of the organisations that were forced to carry out their programmes online due to anti-COVID measures. At the end of 2021, the BSF was upgraded to offer on-demand films, while in cooperation with Slovenian libraries, the Slovenian Public Libraries Association, and the Institute of Information Science – IZUM, the members of partner libraries are now able to borrow films from the libraries, i.e. watch them online.

Among other things, Jasna Pintarič stated the following: “Through libraries, Slovenian film can reach a broader segment of the population and gain new audiences, which is especially important for the environments without any local cinemas where access to the national film production is limited to rare TV reruns or on-demand services. During the 2020-21 test stage, nine public libraries joined the project, 480 library members registered (the total number of registered BSF users is now around 1500), and over 450 library loans were registered out of 2000 film loans. The BSF currently offers 315 Slovenian audiovisual works: 140 that can be borrowed from the library or in exchange for a viewing fee and 175 that are freely accessible. In the first year of operation, our goal is to start cooperating with as many public libraries as possible, attract users, and make even more Slovenian films available for viewing. The project is co-financed by the Ministry of Culture of the Republic of Slovenia.”

In 2022, the SFC and its partners will proceed with the already established projects like Our Films at Home, Slovenian Film Premiere, and Slovenian Film Week, which will, in 2022, take place between 7 and 13 November.

The 25th Festival of Slovenian Film will take place from 18th to 23rd of October 2022 in Portorož. 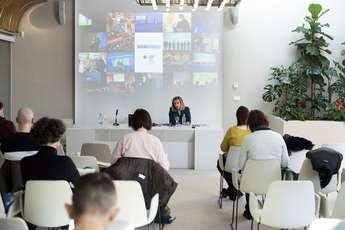 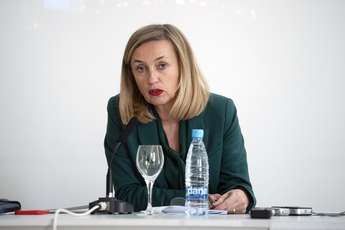 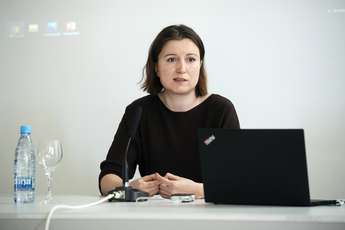 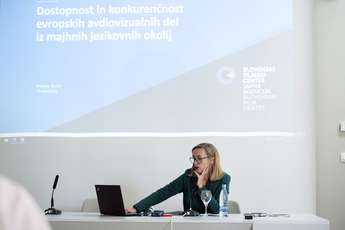 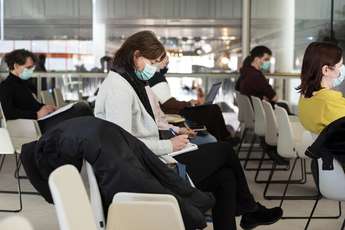 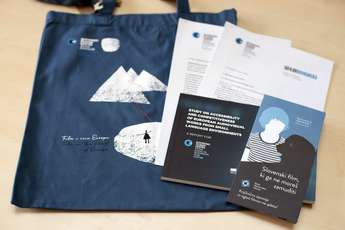