The shooting of the puppet animation film (Un)Desirable Things begins

The shooting of the Slovenian part of the feature-length puppet stop motion animation (Un)Desirable Things, directed by Leon Vidmar, has started at the Viba Film Studio. The film crew has 108 days of shooting ahead of it, which is to take place from early January to mid-June 2022. Based on a literary work by the Czech writer Arnošt Goldflam, the screenplay was written by Kaja Jerneja Balog and Maja Križnik.

In the Slovenian part of the film, we follow the daily routine of the grumpy widower Bogdan. One day, his routine gets interrupted by a sudden gust of wind that carries away his newspaper as he is overcome by nostalgia on his wife’s grave. Zarja, a playful girl from the neighbourhood, watches the event and encourages Bogdan to chase after it. As he hops awkwardly after the newspaper, the wind fills his coat and carries him on a fantastic journey, from which he returns visibly transformed, his face glowing and his steps light and playful.

The narrative, based on elements of magical realism, will be realised in the classic technique of puppet stop motion animation, just like the director’s debut Farewell (2016). The film’s complex production design was developed over eight months by seven production designers, while the puppets were handmade by Patricia Oritz Martínez.

The Slovenian part of the film is produced by Kolja Saksida from the Zavod ZVVIKS production company from Ljubljana, with Deja Škerjanc as associate producer. Miloš Srdić is the director of photography; Julia Peguet the main animator; Ivana Bošnjak and Leon Vidmar the animators; while the art director is Patricia Ortiz Martínez. The film’s production designers include Mateja Rojc, Simon Hudolin – Salči, Marko Turkuš, Bine Skrt, Jaka Kramberger, Neža Mekota, and Anja Gruden. The main characters of the film will be voiced by the actors Niko Goršič, Maša Derganc Veselko, Blaž Šef, and Asja Kahrimanović Babnik. 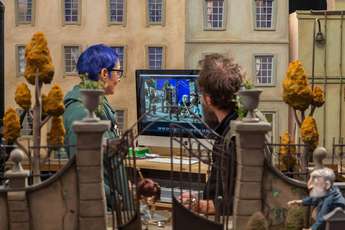 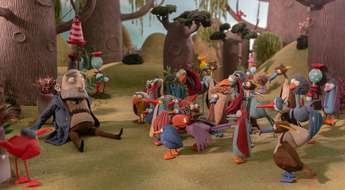 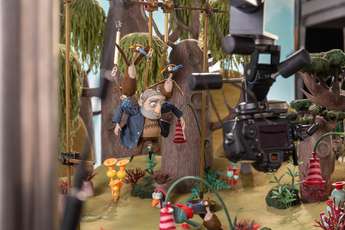