LJUBLJANA: The Government of the Republic of Slovenia re-appointed Nataša Bučar for another five-year term in the position of the director of the Slovenian Film Centre (SFC) at its 104th session on Friday 26 November 2021.

"In the upcoming years, I will strive to strengthen the visibility of Slovenian film in the international arena. The recovery of the film sector after the COVID-19 period will also be one of the major challenges," Bučar told FNE, adding that she also hopes Slovenia will shortly implement the AVMSD directive, where extra-budgetary resources for the local film industry will be secured. "I am delighted to have five new years of challenges and opportunities ahead of me to upgrade everything we achieved together with my excellent team of colleagues in my first term."

Bučar also received a plaque from the President of the Republic Slovenia for her contribution to promoting the development of Slovenian film production and creativity in the audio-visual sector at the opening ceremony of the 24th Festival of Slovenian Film in October this year.

Bučar has extensive experience in management and film industry. She has led the Slovenian Film Centre since December 2016. She gained management experiences as the Director of the 12th Slovenian Film Festival, as the deputy director of the SFC and also as general director of the media directorate at the Slovenian Ministry of Culture. Previously she worked as a marketing expert in the arthouse cinema Kinodvor and for several years she also managed the Ljubljana IFF, the biggest international film festival in Slovenia. 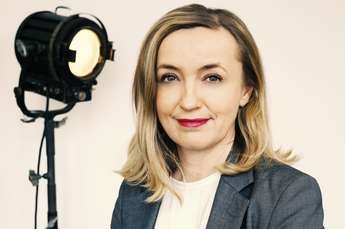