Women on the Go

During its first part, we looked at what the “soft” measures to promote gender balance have meant for the Slovenian national film production to date. In her findings, Nika Gričar, an external technical assistant at the Slovenian Film Centre, concluded the following: “The fact that during the Yugoslav period the Slovenian film production failed to produce a single female film director cannot be ignored. Only as late as in 2002, in the independent state of Slovenia, did the first two women finally sign two live-action features: Maja Weiss (Guardian of the Frontier) and Hanna Slak (Blind Spot).

If in 2018 we noted a negligible representation of women in the national film programme, today, three years later, we can say that women are increasingly represented in a more balanced manner, especially as directors of debut films, TV films, short films, and as screenwriters. We can definitely be optimistic, as there are currently seven female directors developing their features. The modest number of feature films by female directors made as second, third, fourth films – or the question of how directresses can develop stable film careers after shooting their debuts – remains a pressing problem. However, in light of the low state budget for Slovenian films, this is in fact also a problem of our male directors.”

The analysis has also shown that a total of 23 feature films by female directors have been supported to date under the national film programme (1995–2020), representing only 13 % of all co-financed features. With this percentage, Slovenia remains below the European average (18 %), unlike the Netherlands, Sweden, Latvia, Norway, Austria, Finland, Denmark, Germany, and Croatia, which are above the European average.

In the continuation, the Liffe Programme Director Simon Popek discussed the representation of female directors at film festivals and at the Liffe itself. As he said, the latter did not deviate much from the standards of Slovenian and European cinema: 29 % of the features at this year’s festival were created by female filmmakers.

The director Matevž Luzar, president of the Directors Guild, presented the so-called Scenarnica and Dokumentarnica workshops, which the Guild is organising in partnership with the Slovenian Film Centre. Scenarnica, which focuses on the development of live-action features, has been running for six years now, while Dokumentarnica, dedicated to the development of documentaries, was launched this year. 57 % of screenwriters participating in the first workshop were women, and two of these have already made their own films developed at this very workshop. Meanwhile, the participation of female and male directors at the second workshop, taking place from September 2021 to January 2022, is 50:50.

The third part was devoted to discussions about what it is like to work as a director in Slovenia and other countries. Among other things, Sonja Prosenc stated the following: “The question of women in the film industry usually involves numbers – whether regarding the presence of women on the side of the ‘gatekeepers’ who select projects for development, production, and ultimately for film festivals and distribution, or, on the other hand, the number of films by female filmmakers that the aforementioned decision-makers select. Two questions that should not be ignored involve the inclusivity of different views as equal and the issue of who has ‘control’ over the representation of women in film. However, I look forward to the times when we no longer need to discuss this at all.”

Petra Seliškar added the following: “As a female documentary filmmaker, I rarely experience gender inequality. Many women make documentary films, perhaps because there is less money and more work in documentary films, which makes working on them more difficult. Women are good at demanding creative jobs. Perhaps men are generally considered more pragmatic, as we, female filmmakers, often need more time to express our points of view. In the end, it’s only how good the films are that really counts. Female directors often lack possibilities and time. Women have to make tough decisions, especially when it comes to film and family, which is often very stressful.”

The screenwriter Zsófia Ruttkay from Hungary and director Leyla Yilmaz from Turkey, members of the jury for this year’s Kingfisher Award of the Liffe festival, also took part in the discussion. Ms Ruttkay thus stressed the following: “According to the latest index of the European Institute of Gender Equality, Hungary is the 26th among the 27 countries of the Union. This shows, more than any words, the situation of women in Hungary. Still, in the film industry, we have had very strong female authors since the 1980s – like Márta Mészáros, Zsuzsa Böszörményi, Ildikó Szabó, nowadays Ildikó Enyedi, Lili Horváth, or, from the youngest generation, Hajni Kiss, to mention just a few names from the field of feature films. In documentary or animated films, female authors play an even more prominent role nowadays.

There are great traditions of acceptance in Hungarian culture, and as a scriptwriter, I’ve never experienced any disadvantages because of my gender. To tell the truth, I’ve never aspired to be a member of any board or committee – as a woman, it’s very hard to play a role in cultural politics. It’s not impossible, but it would take all the energy that I could otherwise devote to creating stories and films.

However, I often feel the disadvantage of my way of thinking – especially during the last ten or fifteen years. Not just female but also male filmmakers have difficulties finding funding and opportunities to create relevant and politically independent content – especially regarding the questions of genders. ‘Gender’ is almost a forbidden word in Hungary now, which prevents any kinds of substantive discussions about the crucial issues of the 21st century.

“I have a question as a director: why do I have to be called a female director in every text about my films when male directors aren’t called male directors? They are simply called ‘directors’. This has been a very unequal and unjust industry for a long time. We will only be truly equal as directors when we are judged based on our art rather than on whether we have testicles,” Leyla Yilmaz added. 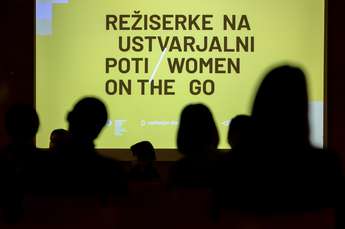 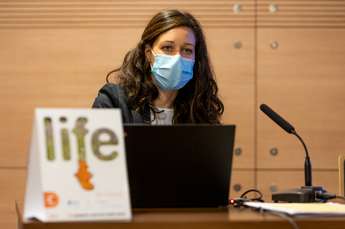 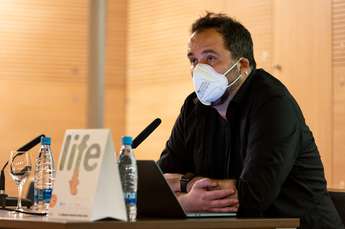 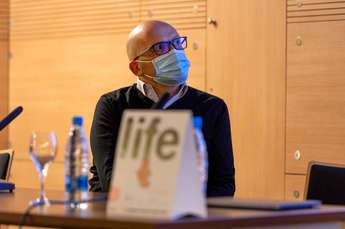 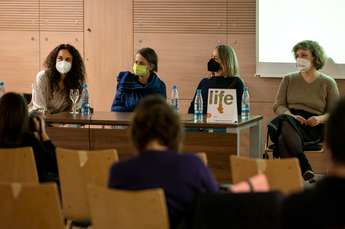 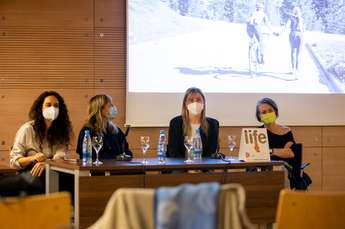 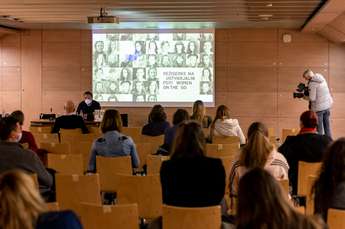