The study, prepared for the Slovenian Film Centre by Wagner-Hatfield from Belgium, examined the best practices of selected small countries: the French and Flemish communities in Belgium, Iceland, Ireland, Lithuania and Luxembourg.

LJUBLJANA: Nataša Bučar, the director of the Slovenian Film Centre, presented a study on the accessibility and competitiveness of European audio-visual works from small language environments at the two-day international expert conference "How to increase the accessibility and competitiveness of European audiovisual and media content", held in Ljubljana 12 – 13 October 2021, within the Slovenian Presidency of the Council of the European Union.

The study, prepared for the Slovenian Film Centre by Wagner-Hatfield from Belgium, examined the best practices of selected small countries: the French and Flemish communities in Belgium, Iceland, Ireland, Lithuania and Luxembourg. Despite their small market and small language environment, they are recognisable and important in the European audiovisual environment. The analysis focused on public policy and governance frameworks, market and sectoral trends, key film centres and their subsidies, tax incentives, investment obligations as other factors and policy measures contributing to this goal.

Comparative analysis has shown that successful audio-visual public policies still put quality and cultural significance at the forefront, but they also see public funding as an investment in the creative industries. Successful national film industries in small countries give priority to financial frameworks that encourage private and foreign investment in film and audio-visual creation, and strengthen coproduction collaborations.

In addition, a positive effect of such cooperation is that local producers and technical teams become more experienced and therefore better trained. In this context, it is recommended that European countries with small language backgrounds actively work with partners from neighbouring countries and regions to set up platforms, which are currently one of the most competitive audiovisual content.

Also, the study shows that, through financial commitments to audiovisual media service providers, countries can successfully provide additional resources for domestic film financing and contribute to competitive conditions in a globalised audio-visual market.

Bučar emphasised that Slovenia has a good legally supported practice of investing national television resources in independent production and that the annual participation of RTV Slovenija with 2% of subscription revenues is essential for the Slovenian cinema.

The study also recommends that countries from small language backgrounds transform film centres into film development agencies. "In Slovenia, too, a thorough reform of sectoral legislation and governance in the direction of a more comprehensive and participatory model is inevitable and must be implemented as soon as possible," said Nataša Bučar.

The goal of the conference, organised by the Slovenian Ministry of Culture, was how to facilitate an equal relationship between players in the global market of audiovisual content providers while the development of new technologies and the outbreak of COVID-19 epidemic have led to significant changes in the production and distribution or accessibility of audio-visual works. 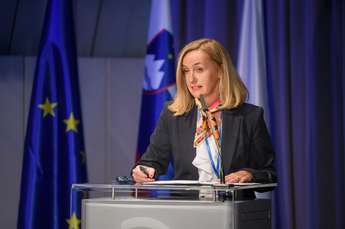 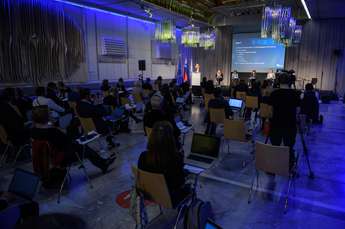 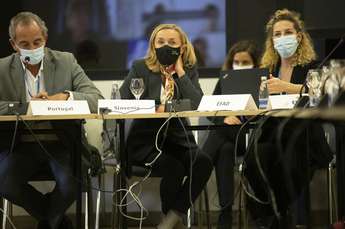 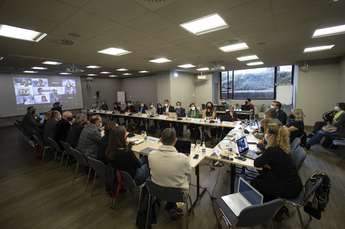