The film in question is the sequel to the much-loved story of the brave and mischievous Gaja, a 2018 box-office hit.

This week, the shooting of the youth romantic comedy Gaja's World 2 by the director Peter Bratuša began in Ljubljana.

In the second part, the protagonist, now 14-year-old, will tackle teenage troubles in her own determined way. She will experience the hacking of her personal social network profile, help solve a crime, and show us that friendship is what counts the most – even though your parents are divorced, you live with a nasty older sister, and, on top of everything, your relationship with your best friend becomes complicated.

At the start of the shooting, the director and producer Peter Bratuša said the following about his third feature: “I am extremely happy that after four years, we are now looking forward to the sequel to a film that has captured the hearts of several generations of children and parents. Gaja is a little older now, but her world remains one of courage, complications, action, heartfelt friendship, and optimism. The atmosphere on the set befits the film story – once again, a superb team has come together. The beginning of the filming is particularly symbolic for me, as these days we are celebrating the 30th anniversary of the shooting of one of the most popular Slovenian films, Grandma Goes South, where I worked with the director and producer Vinči Vogue Anžlovar as the director of photography and producer. I am happy to see that after thirty years, both of us are still creating: Vinci is just wrapping up the filming of Grandpa Goes South, while I am focusing on the sequel to Gaja.”

We will be able to follow the story of the second part of the film in the sequel to Gaja's world, which was seen by more than 80,000 cinemagoers in 2018 and 2019, as well as by 200,000 people on TV in 2020. The film will be a stand-alone story, easily followed even by those viewers who have not seen the first part.

About the making of the film

The four-year break has brought many new things, including a new leading actress. This time, Gaja will be portrayed by the talented Uma Štader, for whom the starring role was a complete surprise: “I already wished for a role in the first part, but I was too young at the time. Well, now both Gaja and I are a bit older, and everything has fallen into place. When I auditioned, I was sure they were looking for supporting characters. But when the director called and told me I was going to play the leading role, it took quite a few days for me to realise it was true.”

The young talent Enej Černe Berčič, who will appear as Gaja’s friend Matic in the second part, is also excited about the filming and the preparations: “I am looking forward to the role and to the making the film, as this will be a great experience for me. Uma and I have also learnt a lot at the rehearsals we had during the last few months. The rehearsals were led by the actress Ajda Smrekar, and it was the most fun school ever. I have enjoyed it very much and I will continue to do so.”

The young leading actress will spend most of her shooting days with Sebastian Cavazza, who plays her father in the film. Cavazza said the following: “Our family story continues. The girls have grown up a bit, and I, as their father, have learned a lot in the meantime. Even to cook. Although we do not live together, we are a happy family with our ups and downs. The second part of the film also makes a strong point about the online abuse of youth, which I believe is the right direction to take, as there is probably more of this happening today than four years ago. I am truly looking forward to shooting the film and working with the young actors.”

The remaining roles will be taken over by the best actors and actresses that the Slovenian film scene has to offer, most of whom we already know from the first part of the film. Apart from Sebastian Cavazza, Jana Zupančič will appear as Gaja’s mother, Primož Pirnat as the family friend Gregor, Ajda Smrekar as Gaja’s saxophone teacher Ema, while Lotus Šparovec will appear as Chief Inspector Hace. Also returning are the young Neža Smolinsky as Gaja’s sister Tea and Gitica Jakopin as her friend Daša. However, Jurij Zrnec, Bojan Emeršič, Matej Zemljič, Katarina Čas, and many others will join them for the first time.

The script for the film was once again written by Peter Bratuša and Špela Levičnik Oblak. Dominik Istenič is the director of photography, Miha Ferkov the production designer, Vesna Černelič the costume designer, while the makeup designer is Nataša Sevčnikar. The music for the film will be composed by Sebastjan Duh.

The film, produced by Peter Bratuša and Jaka Pokorn, is being created in the Felina Films production house in co-production with RTV Slovenija, with the support of the Slovenian Film Centre and in cooperation with Viba Film Studio. The plan is to film it in 27 shooting days at several locations in Ljubljana and on the Slovenian coast.

The film is scheduled to premiere in Slovenian cinemas in the autumn of 2022. 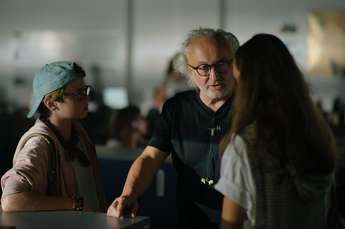 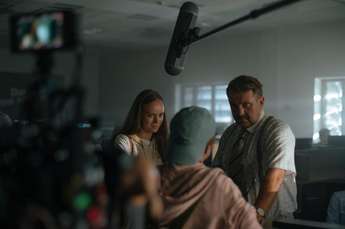 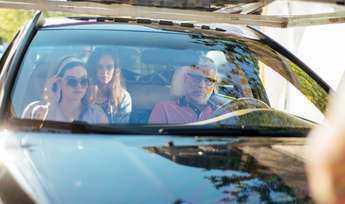