Steakhouse, Penalty Shot, and Heavens Above in the competition programmes of the 74th Locarno Film Festival

Films will have their world premieres at this festival.

The Locarno Festival will take place between 4 and 14 August, and as many as three Slovenian films have been selected for three different competition programmes. Two shorts and a minority-production feature film will have their world premieres at this festival.

The short animated film Steakhouse, directed by Špela Čadež, will compete for the Leopard of the Future Award. Only directors who have not yet shot a full-length film may compete for the awards in this section. The screenplay for the film was written by Gregor Zorc, the main animator was Zarja Menart, while the music was composed by Tomaž Grom.

A steak has been marinating for a few days now. The pan is hot. Franc’s stomach is rumbling. But Liza’s co-workers surprise her with a birthday party. Will she be home on time?

According to Locarno’s selection committee, “This mature and refined work is an impeccable animation, frightening and humorous at the same time, brightened up by a deliciously biting feminist touch.”

“Psychological violence is something invisible,” says Špela Čadež. “With Steakhouse, I want to invade the privacy of a couple. Where is the line between normal and abnormal? It allows me to immerse myself in the atmosphere of a closed apartment, unspoken words, and constant fear,” the directress adds. She elaborates: “I find this topic extremely interesting from the viewpoint of the further exploration of the multiplane technique I used for my previous film, Nighthawk. Due to its pronounced fluidity, it can cunningly create different illusions of space and hypnotic transitions between them. This allows the story to be narrated in a way that is only possible in the world of animated film.”

The film was created under the auspices of the Finta production house and produced by Tina Smrekar and Špela Čadež. Co-produced by RTV Slovenija, Fabian&Fred from Germany, and Miyu from France.

Špela Čadež has worked as an independent animation director and producer since 2008. Her films have received a hundred awards worldwide. The puppet animation Boles (2013), Špela’s professional debut, received the Grand Prix at the DOK Leipzig Festival, the Golden Spike at the Valladollid Festival, and was a Nominee for the Cartoon d’Or; while the multiplane cut-out animation Nighthawk (2016) received, among other awards, the Grand Prix at the HAFF Festival Holland, the Grand Prix at Animafest Zagreb, and was screened in selections at festivals such as the Clermont-Ferrand, Annecy, and Sundance. Špela Čadež is a member of the American Academy of Motion Picture Arts and Sciences.

In 2008, the director Matevž Luzar competed in the same section with his live-action short Vučko, which had earlier also been nominated for the Student Academy Award.

After four years, the director Rok Biček is returning to Locarno. In 2017, his observational documentary film The Family convinced the jury and won in the Critics’ Week programme section. This time he returns to the festival with a live-action short, Slovenian minority co-production, titled Penalty Shot. The film was selected for the programme of short films shot by established directors. The programme was first presented in Locarno in 2008, when director Jan Cvitkovič qualified for it with his live-action short I Know. This year’s programme will also feature the short films by the last Berlin Festival winner Rado Juda and the Italian veteran Marco Bellocchio.

The screenplay for Penalty Shot was written by the director, who is also the film’s editor, and Kristian Novak. Two best friends spend an afternoon on a football field, dreaming of making it onto the local team. However, their dreams come with a price: when a group of older boys interrupt their game, one of them sees this as an opportunity to prove himself, while the other one senses that something more sinister is at play.

The film is based on the events described in the novel Črna mati zemlja (Black Mother Earth) by Kristian Novak. “When we were kids, Kristian and I would often end up in similar situations on and near football pitches. The relationships forged on this small patch of a meadow and its unique world have shaped the way in which many generations have grown up. The roles played on that ‘stage’ were always the same, but as we grew up, we also started assuming different positions,” says the director.

The live-action feature Heavens Above by the Serbian screenwriter and director Srdjan Dragojević has qualified among the 17 films to be screened in the international competition programme. It is a Slovenian minority co-production. The main producer is the Serbian production company Delirium films, while the producers are Biljana Prvanović and Srdjan Dragojević. Heavens Above shows an unconventional perspective of the transitional period in a post-communist country by treating this era like the turbulent shift from the pagan world to the Christian era many centuries ago. The occurrences of miracles are the response of the collective consciousness to the changes that force the whole community to look at the world around it turned upside down, in a new light and from a miraculous perspective.

The Slovenian co-producer of this Serbian-German-North Macedonian-Croatian-Montenegrin-Bosnian and Herzegovinian co-production is Eva Rohrman from the Forum Ljubljana production house. The film is competing for the prestigious Golden Leopard Award.

All of the aforementioned films were co‑financed by the Slovenian Film Centre. 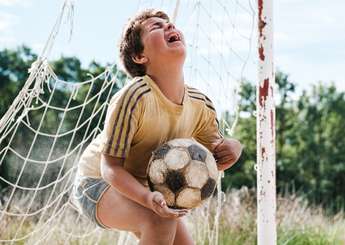