The debut feature film Morena by the Croatian director Antoneta Alamat Kusijanović, co-produced by SPOK Films and Staragara from Slovenia, Antitalent from Croatia, and RT Features from Brazil, will have its world premiere in the Directors’ Fortnight (Quinzaine des réalisateurs) programme of the Cannes Film Festival, taking place from 7 to 17 July.

In addition to the director, the script was co-written by Frank Graziano; the Slovenian co-producers are Jožko Rutar (SPOK Films) and Miha Černec (Staragara); the producers are Danijel Pek (Antitalent) and Rodrigo Teixeira (RT Features); while Zdenka Gold (Spiritus movens) is the co-producer.

Morena is a family psychological drama, taking place over four days on a Croatian island. Thematically, it is a sequel to the multi-award-winning short film Into the Blue (2017) by the same author, which was also a Slovenian co-production. The director’s feature debut was filmed on the islands of Hvar, Kornati, and Koločep.

“I am delighted that the years of work and effort have finally paid off. Behind the film is a large team of outstanding individuals who have made it all possible. The qualification for the “Directors’ Fortnight” programme in Cannes is crucial for the film and the entire crew. With a fabulous team of women in front of and behind the camera, we have created a film for all audiences, but especially for young girls, for me as a 16-year-old… Girls and women have been my inspiration for Morena. Chauvinism is deeply rooted in our society, which is why it is often wrongly referred to as mentality. Sexism is one of the main antagonists of our heroine Julija, who often confuses its shackles with the limitations of her own abilities. Julia lives in a ‘paradise’ on a Croatian island, in a society obsessed with quickly acquired wealth. This is a society that keeps selling its land and heritage, a society that refuses to act and improve on the foundations and values of its ancestors. This is how dreams and values die. The daughter’s strength is interpreted as the father’s weakness, while inherited land is being sold off for profit. Julija is the first of a new generation of intuitive daughters who start unmasking these outdated models. I feel and admire this strength in the young Croatian girls who are gradually becoming stronger, more confident, and more assertive. This is a power based on wisdom and knowledge, a power that trusts in its own abilities, in that which is divine in the unknown, a strength that will not be silenced,” said the director about this impressive achievement.

The film’s creative and technical team also includes the Slovenian authors Julij Zornik as the sound designer, Mitja Ličen as the second team’s director of photography, and the colourist Emil Svetlik.

In addition to the producers Jožko Rutar and Miha Černec, their assistant Anja Vrdlovec and the post-production coordinator Nina Robnik took part in the making of the film as well, while assistant director Luka Rus also played an essential role in the filming.

Helene Louvart from France was in charge of the photography; Ivan Veljača was the production designer; Amela Bakšić the costume designer; Snježana Gorup the mask designer; Vlado Gojun the editor, while Evgueni and Sacha Galperine composed the music.

“We are extremely honoured by this selection, as it once again demonstrates our commitment to European auteur cinema and our involvement in the international co-production scene. Slovenian filmmakers are proving themselves as reliable partners in international collaborations, and this year, for the first time in history, Slovenia will be represented in the various programmes of the Cannes Film Festival with as many as two co-productions. The organisers announce the festival as an event that will revitalise the epidemic-stricken world cinema, and we can only hope that this wave of optimism will reach Slovenia as well. We would like to take this opportunity to thank all the filmmakers who have participated in the making of this film. We are also thankful to RTV Slovenija and the Slovenian Film Centre for their financial support and trust,” said the co-producers Rutar and Černec.

On the occasion of this year’s excellent qualifications of Slovenian films at Cannes, the Director of the Slovenian Film Centre Nataša Bučar stated the following: “With their contributions to two feature films that are to be screened at Cannes this year, the Slovenian producers, authors, and filmmakers have proved that they contribute importantly to the European cinematography. It is only a matter of time before a feature film signed by a Slovenian director alongside Slovenian producers, filmmakers, and other film industry workers is screened at this biggest film festival in the world.”

In 2017, Antoneta Alamat Kusijanović spent a few months developing the script at the Cinéfondation residency in Cannes. The project Morena was also developed under the auspices of the First Films First and Jerusalem Film Lab programmes. It was financially supported by the Slovenian Film Centre, RTV Slovenija, Viba Film Studio, as well as by the cash rebate scheme for foreign productions, implemented by the Ministry of Culture of the Republic of Slovenia and the Slovenian Film Centre. In addition, it was co-financed by the Croatian Audiovisual Centre (HAVC) and the film investment fund Sikellia Productions.

The Directors’ Fortnight”(Quinzaine des réalisateurs) section takes place alongside the Cannes Film Festival. It features shorts, live-action features, and documentary films from all over the world. Ever since its first edition in 1969, this programme section has been presenting new directors to the global audience and highlighting authors with strong and unique poetics. In the past, it has showcased some of the most successful directors of our time, as it has also featured debuts by Werner Herzog, Jim Jarmusch, Martin Scorsese, and Ken Loach, among others. 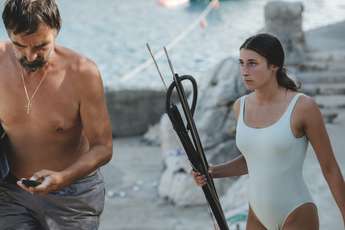 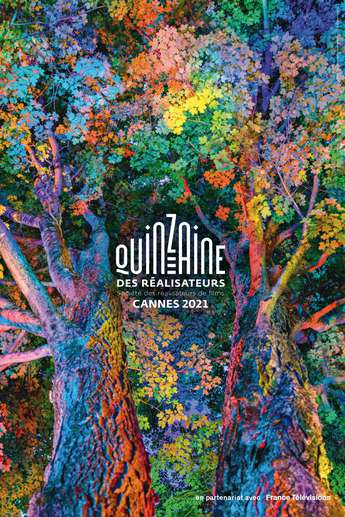