This year, the 24th Festival of Slovenian Film returns to Portorož between 11 and 17 October. For the next three years, it will be headed by the film and television sreenwriter and director Bojan Labović, who said the following: “The final decision was based on the traditional affection that many filmmakers feel for Portorož as the Festival location and the willingness of the local community to enhance our cooperation.”

Due to the well-known developments regarding the COVID-19 pandemic and its effects on the entire Slovenian film industry, the new Festival leadership’s priority task in 2021 is to preserve the stability of the Festival, while its expansion and upgrade are planned for the coming years, once the situation “normalises”. Although this year’s celebration of Slovenian films is planned as a “live” event in the Portorož Auditorium and the Monfort Exhibition Space, the Festival team is aware that they should also prepare for a different situation. Thus, the new director explained that they also prepared a parallel plan for a hybrid or even an online version of the Festival in case of extreme circumstances. Naturally, the Festival team will do everything in its power to avoid the latter situation.

Labović also emphasised that in view of the general pressure to commercialise filmmaking and its perception, in the future, the Festival would focus on finding a balanced interest between the authors’ perspective, the expert public, and the audience. “We can agree with the claim that the audience comes first, but we should remain cautious, especially when we are not referring exclusively to the films’ entertainment component. Hence, one of the greatest challenges of any festival, and especially a national one, is to find the connections between these two distinct points of view."

According to the director, one of the most important tasks of the Festival will also be to ensure the greatest possible level of access for the Festival of Slovenian Film’s audience in the generational and geographical sense as well as the greatest possible international and especially regional integration of the Festival. To this end, the cooperation with the Art Cinema Network of Slovenia and the festivals in the region (Pula, Motovun, Kino Otok, etc.) will be enhanced. Considering the programme development trends with an increased production of documentary, animated, and short films, Labović is also considering the idea to acquire a Festival franchise with the FSF trademark that would offer a selection and overview of these film genres, while the central Festival in Portorož would present the award-winning or particularly outstanding works.

As the documentary film genre has been increasingly asserting itself, Labović’s vision of the future “pilot” franchise project also encompasses the establishment of a special documentary film edition of the Festival that would be organised before the main Festival in Portorož. Thus, the presence of the Slovenian film in its national territory would be enhanced temporally and spatially.

“The organisations of expert lectures and consultations on subjects that prove to be urgent and provide answers to new professional challenges in a changing film industry remains one of the Festival’s tasks. This year, the focus should definitely be on the urgent review of film legislation with the aim of crystallising the vision of the Slovenian film’s future position and functioning. Since the Festival’s complementary activities are becoming increasingly important, we also aim to establish a special group that would be in charge of its conceptual part and realisation, including the opening and the award ceremony”, Labović also added.

Apart from the new leadership, the Festival also has a new Council, as the previous one’s mandate has expired. Nataša Bučar, Director of the Slovenian Film Centre, a public agency of the Republic of Slovenia, appointed new Council members according to the Rules of the Festival of Slovenian Film: the representative of the Art Cinema Network of Slovenia Nina Ukmar, the director Blaž Završnik, the actor Urban Kuntarič, the producers Zoran Dževerdanović and Tomi Matić, the representative of the local community Matej Knepp, and the President of the Council Jelka Stergel.

The festival will open on 11 October, while the final award ceremony is planned for 17 October 2021. The submission of the Festival applications will begin in the second half of June 2021. 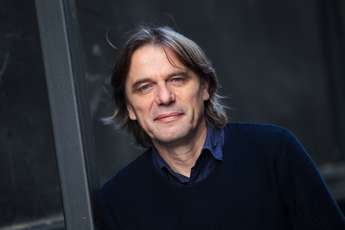