Filming will take place in and around Melbourne.

On Thursday, April 8, the shooting of the feature debut “Moja Vesna” by the award-winning Slovenian screenwriter and director Sara Kern, who has been living in Australia for several years, began in Melbourne and around.

After the sudden death of her mother, Moja (a 10-year-old girl) becomes the unexpected grown-up of her fragmented family, immigrants to suburban Melbourne, seeking to reconcile her troubled, pregnant older sister, Vesna, and disconsolate father, Miloš.

Gregor Baković plays the father, Miloš. Gregor is a highly regarded and awarded Slovenian actor who is employed full-time at SNG Drama Ljubljana (Slovenian National Theatre). He has appeared in more than seventy theatre plays and holds the highest national status of a proclaimed actor in Slovenia who also starred in the films Ekspres, Ekspres (1997), Sweet Dreams (2001), Gravehopping (2005), 9:06 (2009), and others.

Mackenzie Mazur plays Vesna. Mackenzie is an exciting new talent who won the role of Vesna through a phenomenal audition performance. Mackenzie is American-Australian of Polish ancestry. For her role as Vesna, Mackenzie has been taking Slovenian language classes with a professional Slovenian theatre master. Loti Kovačič will play the role of Moja. Loti is a non-professional actor who was cast through a vast grassroots call-out to the Slovenian community throughout Australia.

Claudia Karvan joins the cast as Miranda, the mother of Danger, Moja’s best friend. Claudia is one of Australia's most recognized actresses, well-known locally and internationally. Claudia first appeared in Gillian Armstrong’s High Tide (1987) with Judy Davis. Her body of work includes roles in Bump (as well as Co-Creator and Producer of the Stan series), Love My Way, The Secret Life of Us and Puberty Blues.

And, Flora Feldman will play the role of Danger (another 10-year-old girl). Flora joins the team having just finished a successful season performing in Solaris at the Malthouse Theatre directed by Matthew Lutton and starring Keegan Joyce, Leanna Walsman and Hugo Weaving.

Producers of the film are Rok Biček, of Cvinger Film and Gal Greenspan and Sharlene George of Sweetshop & Green from Australia.

Rok Biček, founder of Cvinger film, said: “We are very grateful to our Australian and Slovenian colleagues who have been instrumental in bringing this first ever Slovenian-Australian co-production to life in Melbourne. It will be fascinating to see Director Sara Kern and Slovenian cinematographer Lev Predan Kowarski teaming up together again to work their magic and create another gem in Australia.”

Gal Greenspan, Co-Managing Director of Sweetshop & Green, said: “We're thrilled to see this special project reach production. Sara is a very talented and unique filmmaker. Over the last few years, she has built an incredible world through the script, team and cast she's brought together for Moja Vesna. We look forward to sharing her first feature with audiences in 2022.”

The film has received major production investment from Slovenian Film Centre and Screen Australia. It is financed with support from Film Victoria and Radio Television Slovenija (RTV) and developed through the Torino Film Lab and Cannes Cinéfondation Residence.

Caroline Pitcher, CEO of Film Victoria, also said: “Sara’s beautifully nuanced script for her debut feature impressed our development team at Film Victoria from the very start. We’re excited to now support Moja Vesna to commence production in Melbourne and to see Sara, Gal and their team of talented creators bring her distinctive vision to life.” 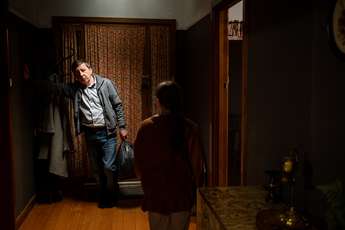 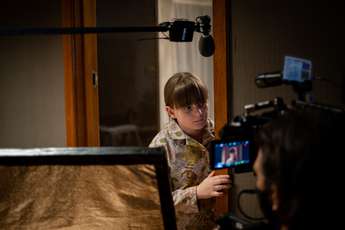 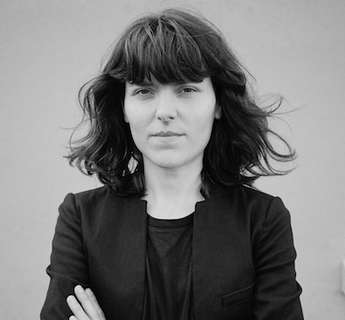