LJUBLJANA: Several film projects were interrupted because of the Coronavirus pandemic, most of them postponed to a later date, some of them to 2021; film theatres and multiplexes were more or less closed almost all year (completely closed for five months, operating with limited seating capacity for another five months). For the same reason the distribution and cinema releases were very limited, which resulted in a drop in cinema attendance of almost 80%.

The Slovenian Film Centre (SFC), which had announced a new strategy for the next four years in November 2019, found itself in a compromised position with the Slovenian Government fulfilling its financial obligations only on the very last day of 2020. Not being able to execute the majority of already confirmed payments to the Slovenian producers during the year caused a major protest and jeopardised the existence of many film projects and the Slovenian filmmakers themselves.

In 2020 the SFC received 5.483 m EUR for film funding and other activities, which is around 2% percent less compared to the 5.585 m EUR in 2019. Since the beginning of November 2018, the annual budget for film production should gradually increase and it was expected to reach 11 m EUR by 2022, which now seems quite unrealistic. 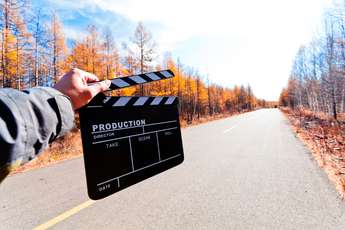