LJUBLJANA: The Slovenian Government has released the approved funds for filmmakers in the final days of 2020 enabling the Slovenian Film Centre to execute all the delayed payments to the Slovenian producers, actors and other filmmakers by 31 December 2020.

In Autumn 2020 there were many warnings and protests addressed to Slovenian Government (and public) for not releasing the funds already ensured in the state budget, which the Slovenian Film Centre was contractually obligated to pay in instalments for the already finished and on-going projects. Because of non-payments, the financing of 31 projects has been put on hold, which stopped almost all the current production and also jeopardised the very existence of some filmmakers.

"In the last day of 2020 we finally received the majority of the promised funds for 2020. We are very glad that we were able to fulfil most of our contractual obligations for 2020 and the past, so Slovenian film production can proceed already in January 2021, when two feature films start shooting," Nataša Bučar, the managing director of the Slovenian Film Centre, told FNE.

Written by Damijan Vinter for FNE. 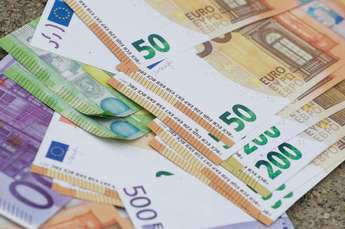