The Slovenian film industry is fighting for survival

A blockage preventing the Slovenian Film Centre from receiving financing is driving the national audiovisual sector to despair; European and international organisations are pledging support.

The Slovenian Film Centre is unable to fulfil its funding obligations, as most of the financial state budget transfers have been blocked by the Slovenian government since May. On top of this, film projects that require public funding are obliged to receive approval on the governmental level. This new regulation also applies to projects that have already been accepted for funding and have not yet signed contracts, and even those that have already fulfilled their contractual obligations.

According to the reports from the Slovenian Film Centre, which has been headed up by Nataša Bučar since 2016, up until the end of October, around 18% of the available annual funding had been transferred to producers, festivals and other contracting parties. At the same time, film production support has been completely halted, as have any calls. The dire financial situation has been exacerbated by COVID-19, as the centre has been instructed not to take on any additional financial obligations based on the calls published before the outbreak.

The consequences of this trying situation have jeopardised 31 feature-film projects that have been selected since 2017, and which are still expecting to receive financial support despite the fact that the contracts they signed with the Slovenian Film Centre are on hold. Among them are also co-productions that involve international partners from neighbouring and other European countries. The vast majority of film production activities planned for 2020 have been shut down, while most of the pre-production and production for the next couple of years has been put on hold.

The Slovenian audiovisual sector, which employs over 1,400 people, is reacting, and last month, through their video Who Has Stopped the Slovenian Film?, professionals from all across the production spectrum addressed the issue and underlined the fact that they are still expecting payment for their work, while they also underlined that the government’s failure to respect its contractual obligations is not related to the pandemic.

Supporting their cause, European and international organisations are throwing their weight behind the Slovenian film industry and are backing the Slovenian Film Centre. The European Film Agency Directors association (EFAD), through its president, Luis Chaby Vaz, has announced: “We are very concerned about the issues faced by the Slovenian Film Centre regarding its film funding. The SFC is not only a key partner for the EFAD, but also a major contributor to European cinema and co-productions – such as Oasis [+] by Ivan Ikič, Revenge by Marija Zidar, Morena by Antoneta Alamat Kusijanovic and Pink Moon by Floor van der Meulen, to name just a few. At a time when it is vital to see new European films being produced and released, we need the SFC to be able to fully carry out its mission and to actively support the Slovenian film and audiovisual industry. We hope that a solution will be found as quickly as possible.”

The organisations are supporting the Slovenian Federation of Filmmakers’ Guilds and are against the effective shutdown of Slovenia’s national industry, following administrative changes that have allowed the Slovenian government to choke the financing of Slovenian film production at a time when the sector is experiencing its worst crisis since World War II.

The organisations are also particularly concerned about freedom and independence of artistic expression, and they question the governmental interference in the matter, also asking: “Could the lengthy governmental-driven administrative delays in this calamitous context, coupled with the inability of the Slovenian authorities to resolve a situation that has immediate dramatic consequences on the livelihoods and survival of our colleagues in Slovenia, on the survival of independent local audiovisual creation and the bilateral and multilateral relationships with co-producing countries in the mid-term, truly be a coincidence?”

The announcement closes with an urgent call to European and Slovenian decision-makers to resolve the catastrophic situation by rekindling the dialogue with local audiovisual industry stakeholders. It also reminds the public that Slovenia stands to take over the presidency of the Council of the European Union in July 2021, and a number of MEPs have raised the issue of the blocked financing with Mariya Gabriel, the Innovation, Research, Culture, Education and Youth Commissioner.

Written by Vassilis Economou for Cineuropa. 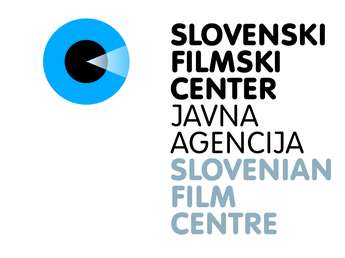