The film Grandpa Goes South is a story about life, expectations, and the search for meaning. It is a tale about friendship.

The shooting of the feature Grandpa Goes South by the director Vinci Vogue Anžlovar started on Friday, 21 August. All of us still remember Grandma Goes South (1991), in which the director sent the protagonist, played by Majolika Šuklje, to the seaside.

The film Grandpa Goes South is a story about life, expectations, and the search for meaning. It is a tale about friendship. Vlado kidnaps his best friend Boris from the hospital because he refuses to come to terms with the fact that Boris is dying. Boris and Vlado, both musicians, have known each other for many years, as they played together in a jazz orchestra. Vlado decides to take Boris to Serbia and reunite him with Neda, a woman that has been the focus of his unfulfilled love for many years and with whom he lost touch with years ago due to unfortunate circumstances. At first, everything goes according to the plan – until they cross paths with a Gypsy woman called Esma. From then on, life takes a different turn.

At the beginning of the shooting, the director stated: “This is a film about a search for lost meanings, one’s role in a dehumanised world, and a re-evaluation of one’s self-worth and importance.”

The film is a Slovenian-Croatian-North Macedonian co-production, made with the support of the Slovenian Film Centre, Viba Film Studio, RTV Slovenija, and the North Macedonia Film Agency. The main producer is Branislav Srdić from the A Atalanta production company. He had the following to say about the film: “Our greatest challenge is to make an emotionally powerful film that will find its way to the audience. We think that the message of the film is never to lose hope, which is even more important in the times that we live in. The love of films and passion about them always win, as these two concepts transcend politics and borders.” The co-producers include Vac Anastasovski and Angela Nestoroska from the North Macedonian Sektor film and Igor Nola from the Croatian MP Produkcija. 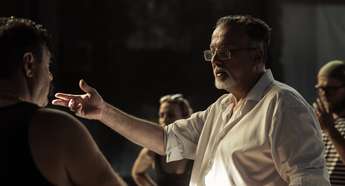 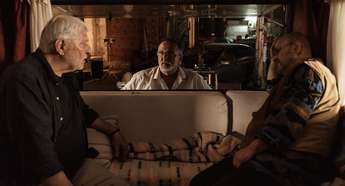 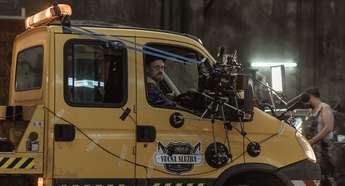 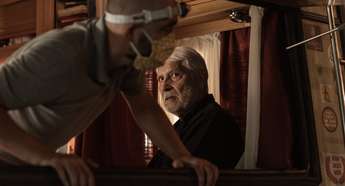