The Strategy of the Slovenian Film Centre, Public Agency of the Republic of Slovenia, for the 2020–2024 Period

The vision of the Slovenian Film Centre and its general strategic goals in the coming period from 2020 to 2024 entail the implementation of a transparent and modern system to ensure a sustainable, functional, and stable film environment.

The Strategy stems from the fact that film and audio-visual works constitute one of the most widespread artistic, cultural, social, entertainment, and industrial phenomena of our time, often described with the term “civilisation of the image”. For modern viewers, moving pictures represent one of the most crucial encounters with the principal elements of the contemporary, increasingly visual culture. They are an incontestable testimony about the history of the 20th century and at the same time the most crucial form of expression and communication in the 21st century.

The rapid development of digital technologies keeps altering the ways of film production, increasing the accessibility of film and audiovisual contents and thus changing the habits of their viewers or consumers. These changes make a profound impact on the supply of film and audiovisual works and the ways in which they are distributed to the Slovenian viewers on the new digital market. Flexibility and rapid responses to these changes are thus of key importance for the activities and implementation of the tasks and missions of the Agency, which was established with the following purpose:

·        to promote film and audio-visual creative work in the Republic of Slovenia,

·        to ensure appropriate conditions for film, audiovisual and cinematographic activities,

·        to facilitate development and education related to film and audiovisual production in the Republic of Slovenia,

·        and to conduct other activities set out in the national programme for culture and in the Slovenian Film Centre Public Agency of the Republic of Slovenia Act.

The Agency proposes several measures in the key areas, detailed and listed under the four main strategic goals in the Strategy of the Slovenian Film Centre, Public Agency of the Republic of Slovenia, for the 2020–2024 Period. The vision, strategic guidelines, goals, and key measures are based on identifying the current challenges and providing the appropriate conditions for film-related activities. The Agency can only handle these by ensuring strengthened, stable, and development-oriented operations. Therefore, it is urgent and imperative to provide for the suitable financing of the Agency’s activities and implementation of its legally defined tasks.

In accordance with the challenges and international trends mentioned above, the Agency has set out four priority goals:

1.       improvement and streamlining of the decision-making process regarding the national film programme,

4.       more effective promotion and marketing of the Slovenian films in the international context.

In the following period, the support for film creativity will focus more precisely on the three pillars of film expression: live-action, documentary, and animated films of all lengths. In this regard, the Agency will modernise the film creativity support schemes and strive for the following in particular:

·        to increase the significance of live-action feature script and project development,

·       to establish a platform for the development of (creative) documentary films and strengthen the position of Slovenian documentaries at home and abroad,

·       to enhance the visibility and creative potential of the Slovenian animated film by increasing the funds for its production and separate support scheme,

·        to modernise the support scheme for audiovisual works in the broadest sense of the term.

The future changes also reflect the Agency’s endeavours to stimulate the filmmakers and producers of all generations to create most diverse film stories and bring them to the big screen and new platforms. Film production also requires higher screening standards and a stable (art-house) cinema network, capable of finding ways of introducing the audience to quality and diverse films and presenting them to viewers of different ages, demands, and tastes.

To keep developing a lively film culture, the Agency will update and upgrade the support schemes to professionalise film festivals, develop longitudinal film education programmes, support complementary activities that strengthen the visibility of filmmakers and authors, as well as increase the accessibility of film contents (e.g. with video on demand and an updated online Slovenian film database). Last but not least, the Agency will provide support for projects aimed at the promotion and popularisation of film culture in general.

The Strategy aims to ensure the accessibility of film heritage, which demands a comprehensive approach to digitisation and restoration under the jurisdiction of the Slovenian Film Archives and the Slovenian Cinematheque, which store and restore film material.

The Strategy consists of the following values: quality, cultural diversity, accessibility, flexibility, professionalism, autonomy, and accountability. In the period between 2020 and 2024, the Slovenian Film Centre will strive to achieve the general strategic goals and thus ensure a transparent and functional system, which will result in a sustainable and stable film environment. 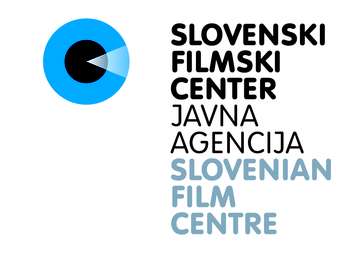