Zinajić’s directorial debut focuses on Eva, an academy-trained painter. About to turn 27, she realises that she has not yet achieved anything at all in her entire life.

On Friday, 25 October, the shooting of the live-action feature Eva by the director Tijana Zinajić began in Ljubljana. The script for this romantic comedy was written by Iza Strehar.

Zinajić’s directorial debut focuses on Eva, an academy-trained painter. About to turn 27, she realises that she has not yet achieved anything at all in her entire life. As she has not had her period for more than half a year because of her bad habits, she decides to stop drinking, smoking, and experimenting with various substances. Her favourite way of finding advice and assistance is a web browser. As the other aspects of Eva’s life are not exactly stellar, kicking her habits proves difficult as well. She has a creative block, her romantic affair with her painting mentor starts to annoy her, while her best friend Nina moves to Berlin in search of an environment more favourably inclined towards young artists. Eva works in a bookstore that sells self-help manuals, but her pay is always late, so she can hardly keep up with the rent. Without realising it at all, she and her roommate Blaž are in love with each other.

Before the shooting, the director told us: “The film Eva focuses on the period of life currently experienced by those born in 1991. It speaks of the social pressures and expectations, compelling every generation to grow up in a precisely defined manner. In every generation, some of us have matured differently. The script was written by a 25-year-old, yet I am no stranger to these issues, even though I belong to another generation. The screenwriter and I, as a director, represent different generations, but it is precisely this distance that can establish the universality of the topic.”

The film, to be completed in the summer of 2020, is produced by Vlado Bulajić and Lija Pogačnik from the December production company from Ljubljana and co-produced by RTV Slovenija and Aatalanta. The project has been financially supported by the Slovenian Film Centre and Viba Film.

After secondary school, the director Tijana Zinajić studied French and philosophy at the Faculty of Arts but graduated in theatre direction from the Academy of Theatre, Radio, Film and Television (the AGRFT) in Ljubljana. She works as a theatre director, actor, and assistant film director. She has received two Žlahtna režija (Refined Direction) Awards for comedies, while the theatre performances she has directed have received several Slovenian and international awards.

After finishing secondary school and graduating in dramaturgy and performing arts from the AGRFT, the screenwriter Iza Strehar also attained her master’s degree in film and television screenwriting. She has already received four Grossman Awards for short film scripts and a Žlahtno komedijsko pero (Refined Comediographer) Award. She works as a script editor, dramatist, and screenwriter. She developed the project Eva at the “Scenarnica” scriptwriting workshop. 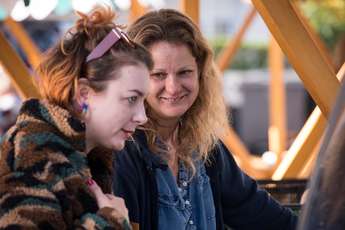 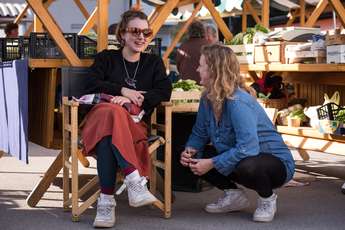 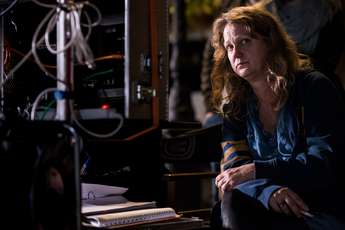 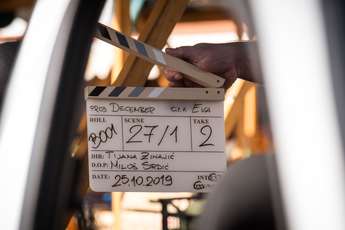