LJUBLJANA: Miroslav Mandić is currently shooting his sixth feature Sanremo, a drama about aging. This Slovenian/Italian coproduction is being shot in Slovenia until 9 September 2019 and in Italy in October 2019.

The aging Bruno and Duša both suffer from dementia. As clients of a home for the elderly, they meet occasionally, spend time together, but forget everything until their next encounter. Surrounded by other regulars of the home, they continue approaching only each other, over and over again.

“My question as a film director is: Can we overcome the aging process, especially if it is accompanied by a serious diagnosis? How is it possible that she, after having a nice conversation, chooses to talk to him again? Or how does he want to get to know her again, although there are many other women around? I was interested in the unusual atmosphere in an elderly home, which fluctuates between poetic, age-related self-knowledge and childhood naivety from persons who can no longer take care of themselves,” says Mandić, who also penned the script.

Sanremo is produced by Miroslav Mandić and Nina Robnik through Slovenia’s Filmostovje in coproduction with RTV Slovenija and Marta Zacarron through Italian Quasar Multimedia. Sandra Ržen is the executive producer. The project is supported by the Slovenian Film Centre with 99,800 EUR. The budget has not been disclosed.

Additional shooting is scheduled for the winter time in both Slovenia and Italy.

Miroslav Mandić was born in 1959 in Sarajevo, where he studied Comparative Literature. He graduated from the Columbia University in NYC (MFA Screenwriting/Directing). After a short film career in Bosnia and Herzegovina, the war prompted him to migrate to the Czech Republic. He is currently based in Slovenia.

The whole article written by Damijan Vinter is available here. 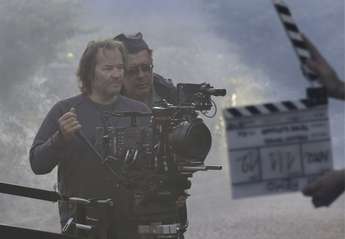 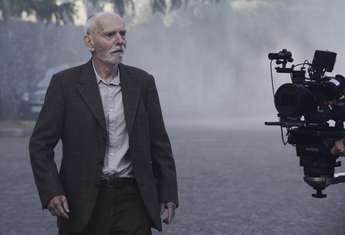 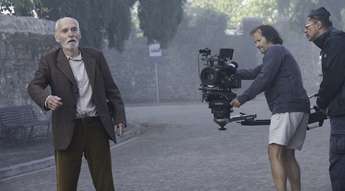