Božič's debut has been shot on 16 and 35mm film. The story takes place shortly before World War II in the villages of the Venezia Giulia region near the border between Slovenia and Italy, at the time when these parts suffered severe poverty and faced an exodus of the local population that lasted for years.

The live-action feature Stories from the Chestnut Woods by the director Gregor Božič and screenwriter and producer Marina Gumzi will have its world premiere at the film festival in Toronto, one of the most important film events in the world, which is taking place between 5 and 15 September. The Toronto International Film Festival started out in 1976, and it is currently attended by approximately 480,000 visitors each year. The world premiere of the film, taking place on Sunday, 8 September, will be attended by both filmmakers mentioned above. The premiere will be followed by four other screenings – two for the professional audience and two more for accredited attendees. For his live-action short titled Shoes from Trieste (2014), Božič received the Vesna Award for Best Student Film at the Festival of Slovenian Film.

Stories from the Chestnut Woods, produced by the Nosorogi production house, was among the first films to have been chosen for this year's Discovery festival section, in which authors of first and second films will be presented. As of this year, the section in question as well as the whole of the festival programme will be somewhat different: in view of the large number of films, competing for the festival selection, the section is becoming increasingly exclusive.

Božič's debut has been shot on 16 and 35mm film. The story takes place shortly before World War II in the villages of the Venezia Giulia region near the border between Slovenia and Italy, at the time when these parts suffered severe poverty and faced an exodus of the local population that lasted for years. The atmosphere reminiscent of fairy tales is conveyed by the tales of the last inhabitants of these forested valleys who have not yet decided to leave their homes.

The film's crew and cast are international: filmmakers from seven countries have participated in the production. Starring Massimo De Francovich, Giusi Merli, Ivana Roščić and featuring Tomi Janežič, Anita Kravos, Nataša Keser and Janez Škof in supporting roles. The programme selector of the Discovery festival section Dorota Lech wrote the following about the film, among other things: "During his research of heirloom fruit varieties of the littoral region, Gregor Božič discovered the mighty chestnuts that grow in the area of Venezia Giulia as well as the stories of the people who had planted them there. Each image on this 35-millimetre film abounds in cultured beauty and is accompanied with mysterious theremin music. The film is a poetic and soul-stirring debut, a touching homage to the forgotten land and its inhabitants.«

The Discovery section prides itself in its visionary eye for discovering new authors that will shape the global film landscape in the future. The world-renowned directors whose first films have been presented precisely in this section include, among others: Chantal Akerman, Christopher Nolan, Yorgos Lanthimos, Lav Diaz, Michael Haneke, Jafar Panahi, Maren Ade, Joachim Trier, David Gordon Green, and Valeska Grisebach.

Last year, the multiple award-winning film Consequences by the screenwriter and director Darko Štante was invited to this programme. After the premiere in Toronto, it continued its successful film festival tour: by the end of June, it was screened at 27 festivals and received five awards. It was also purchased for distribution in the United States, Great Britain and Ireland, Germany, and France, where it is currently being shown in the cinemas.

Stories from the Chestnut Woods is a Slovenian-Italian coproduction. Its development took approximately seven years, and it was produced by the Zavod Nosorogi production house. The film, whose realisation was co-financed by the Slovenian Film Centre, also received financial aid from international funds like Creative Europe – the MEDIA sub-programme and Eurimages. Besides the Italian production house Transmedia Production, the film was also coproduced by RTV Slovenija and Deutsche Film- und Fernsehakademie Berlin (DFFB). At the last year's Trieste Film Festival, the project received the This is IT Award for the most promising first film in postproduction. Already before the beginning of the festival, the film's international representation was taken over by the agent Cercamon, who also represents the multiple award-winning film Winter Flies by the Slovenian director Olmo Omerzu.

In the context of Industry Centre, nine European countries will be presented this year under the umbrella of the European Film Promotion, including Slovenia with its Slovenian Film Centre, a member of the EFP. 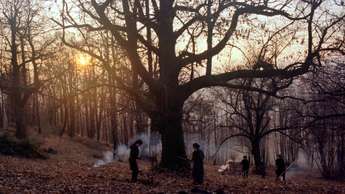 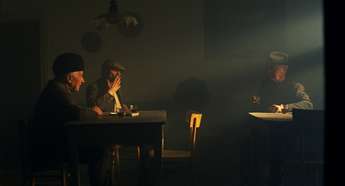 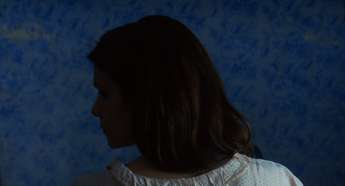