The story describes an encounter between two married couples from the opposite ends of the social scale, which, at first glance, seem to have nothing in common. However, an accident and a tragic event bring these people together fatefully in a single night and most likely until the rest of their lives.

On Wednesday, 20 March, the shooting of the new live-action feature Deadlock by the writer and director Vinko Möderndorfer began in Seča in the Slovenian Littoral. Most of the film, however, will be shot in Ljubljana and in the Viba Film Studio.

The story describes an encounter between two married couples from the opposite ends of the social scale, which, at first glance, seem to have nothing in common. However, an accident and a tragic event bring these people together fatefully in a single night and most likely until the rest of their lives.

Möderndorfer had the following to say about his new film: "We live in the times when the absence of any empathy in interpersonal relations is one of the most pressing issues all over the world. The brutal and ruthless capitalism tears people and their relationships apart from day to day, pushing the world into a war of everyone against everybody else. Empathy, compassion, attention towards our nearest and dearest, the capacity to feel the pain of others – all of this seems to be vanishing from the face of the world. I think it is important to tell a story in which human relations can live fully again and where the sympathy and sensitivity for others are once again established as an important value of today's civilisation. The world in which we live is in a deadlock. We are stuck in a sort of a civilisational standstill that will be impossible to get out of without understanding each other and observing the fundamental human and humanist values.«

The film is produced by Forum Ljubljana, co-produced by Delirium from Serbia, and co-financed by the Slovenian Film Centre and Film Center Serbia. The realisation was made possible by Viba Film Studio.

The producer of the film Eva Rohrman also revealed that she expects additional co-producers and co-financers to take part in the project in the course of the production, but the final decisions regarding this issue have not yet been reached.

Vinko Möderndorfer wrote and directed three internationally-renowned and award-winning live-action features (Suburbs, 2004; Landscape No. 2, 2008; Inferno, 2014), all of which have premiered and been screened at the most prestigious A-list film festivals: Venice, Montreal, Karlovy Vary, Cannes, Busan, Tallinn, etc., and have won numerous awards at home and abroad.

Vinko Möderndorfer belongs among the most renowned Slovenian artists. His extensive opus includes more than a hundred theatre and opera directions, sixteen TV directions, and a hundred radio plays. He has written more than seventy books and forty dramas. He has received more than forty awards in the fields of literature, drama, theatre, television, and radio, including the Prešeren's Fund Award, the Župančič Award, several Borštnik Awards, the Marjan Rožanc Award, several Grum Awards, the Ježek Award, several awards for best comedy, the Cup of Immortality, the Večernica Award, several Desetnica Awards, and other important acknowledgements.

The film crew dedicated the beginning of the shooting to the recently deceased Slovenian director Polona Sepe. 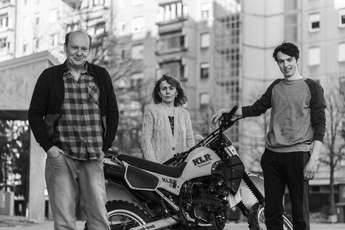 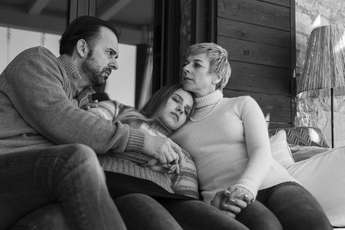 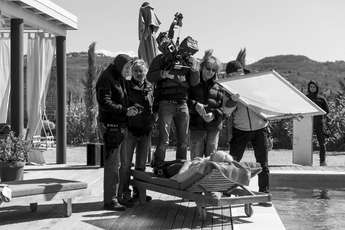