In the fourth round of co-development funding in 2018, out of 23 applications in total, 6 projects were chosen and awarded with 10.000 euros each.

The recipients of RE-ACT co-development funding were announced yesterday (January 21, 2019) during the When East Meets West Co-production Forum in Trieste, Italy. 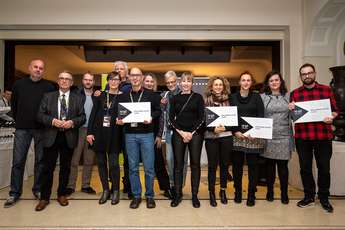