Shadows over the Balkans also filmed in Slovenia

After the great success of the first season, the filming of the second season of Shadows over the Balkans, a series by the author and director Dragan Bjelogrlić, has recently begun. Between Friday and Sunday (16 – 18 November), the shooting took place in the Slovenian town of Piran as well.

The Slovenian partner is the Perfo production house with producers Aleš Pavlin and Andrej Štritof, who, on this occasion, said the following: "We are proud to be able to actively participate in the making of the second season. The cooperation took place due to the successful past cooperation with Dragan Bjelogrlić and our sincere wish to ensure that Slovenia can participate in the project as well, at least partly. We are happy that the project is also taking part in the Cash Rebate Scheme for film and audio-visual projects at the Slovenian Film Centre. We are convinced that this will ensure an even greater recognition of Slovenia as a film location."

Slovenian filmmakers are participating in the film crew as well – in the fields of costumes design, makeup design, and production design. The character of Major Kosmač is played by Miha Rodman; while Vlado Novak has transformed himself into the famous pre-war politician and theologian Anton Korošec, who also became the Prime Minister of the Kingdom of Yugoslavia in 1928.

Like in the first season, the music will be written by Robert Pešut Magnifico.

"Some of the names of our characters are known to the wider public, for example Ivan Meštrović and Josip Broz, but also the famous Slovenian politician and theologian Anton Korošec and Ante Godina, the right-hand man of Al Capone and Ante Pavelić. We will also reveal how the unveiling of the Monument to the Unknown Hero at Avala came to pass," Bjelogrlić, who also stars in the series, stated at the beginning of the shooting.

As the filming began, the second season of Shadows over the Balkans and its numerous and well-established team returned to Jatagan mala, where the first scenes of this dramatic thriller were shot. The new season takes place six years after the events from the first season. The main characters of Tane (Dragan Bjelogrlić) and Stanko (Andrija Kuzmanović) are once again in the centre of a mystery that could alter the fate of Europe. International conspiracies, secret societies, extreme ideologies, "narco" wars, and decadence in face of the imminent catastrophe represent the historical setting for the exciting resolution of the mysterious and chilling crimes that shake Belgrade in 1934. The new season, which depicts the hidden history of the Balkans even more ambitiously, offers a spectacular mix of action and drama, mystery and suspense; and it takes us from the muddy streets of Jatagan mala to the shiny corridors of the Vienna authorities.

Apart from Slovenia, the series will also be shot at authentic locations in Serbia and Austria; while the premiere is planned for 2019. 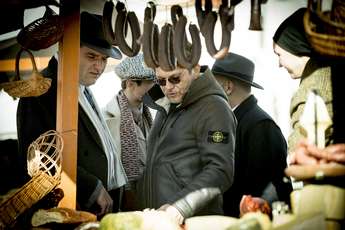 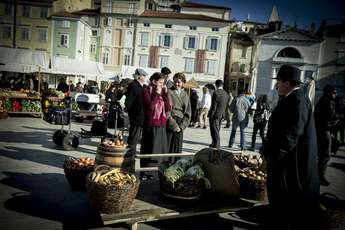 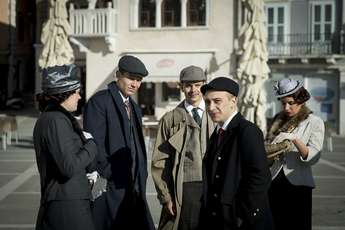 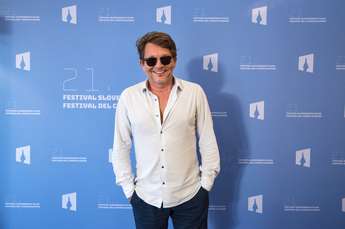