LJUBLJANA: Italian director Davide Del Degan has started shooting on a Slovenian minority coproduction Paradise with Katarina Čas, in the Slovenian town Grosuplje. The 30-day shoot, which will also take place in Piran and in Sauris (Italy), will wrap on 30 November 2018.

Kaloghero, a typical Sicilian, has to be put under a witness protection programme while testifying against the mafia. He starts a new life with a new identity in a small village at the Slovenian-Italian-Austrian border. He falls in love with a local girl named Klavdija, when his assassin suddenly appears.

The main female role is played by Katarina Čas, who appeared with Leonardo DiCaprio in The Wolf of Wall Street, with Al Pacino in Danny Collins and with Margot Robbie in Terminal. Čas also played one of the main roles in Peter Bratuša's drama Awakenings (2017, Felina Films), which was screened in the competition of the 21st Festival of Slovenian Film in Portorož. The creative team includes two other Slovenians: Polonca Valentinčič as a costume designer and Niko Novak as a production designer.

Paradise is produced by Stefano Basso and Andrea Magnani through Italia’s Pilgrim Film in coproduction with Branislav Srdić through Slovenian A Atalanta. The project is supported by the MiBACT, FVG Fund, RAI, the Slovenian Film Center with 60,000 EUR and FS Viba Film. The budget is estimated at 1 m EUR.

The film is expected to be finished in the summer of 2019 and the premiere is planned to take place at 22nd Festival of Slovenian Film in Portorož in September 2019.

Davide Del Degan started his career in the film industry in 1997 as cameraman and editor and later as director and production assistant. In 2001 he began writing and directing his own short films and is currently a writer and director of documentaries and feature films. His last documentary The Last Resort(2016, Arizona Films) was part of the Official Competition of the Cannes Film Festival 2017. 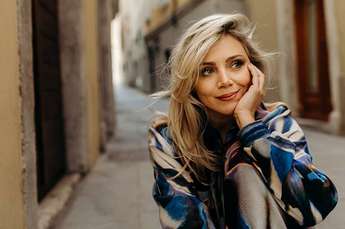