LJUBLJANA: Darko Štante’s debut feature Consequences / Posledice, which won four Vesna Awards and the Slovenian Film Critics’ Jury Award at the 21st Festival of Slovenian Film in Portorož, has been sold to France, Germany, the UK, Ireland and North America. The sale is considered an impressive achievement for the first feature film produced by Temporama, a company established in 2012 with the goal of encouraging young filmmakers.

The film tells the story of 18-year-old Andrej, who after being sent to a youth detention centre has to fight for his place within the group of inmates while struggling to keep his repressed secret in the dark. It is a Slovenian/Austrian coproduction and will be domestically released by Demiurg this weekend.

This youth delinquency drama will be theatrically released in Germany by Salzgeber and in France by Epicentre Films in the first months of 2019. In autumn 2019 the film will be available through the television channel HBO Europe and on its SVOD platform HBO Go.

Peccadillo Pictures has picked up UK and Ireland rights for a limited theatrical run, followed by a home entertainment and VOD release in 2019.

Uncork’d Entertainment in cooperation with Dark Star Pictures picked up US rights for a limited theatrical release in New York and Los Angles in 2019, followed by North American VOD release

The French company Wide Management is handling the sales. 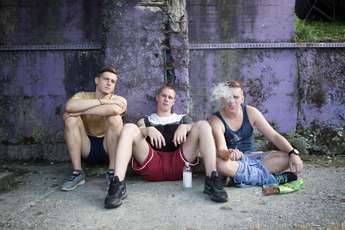